Guard in Prime Bank Nakuru robbery had 10 years at branch

He had gained trust, staff say.

•The incidence happened after 4pm when the branch had closed its doors.

•He is alleged to have opened the doors for a group of people who went ahead to execute the robbery. 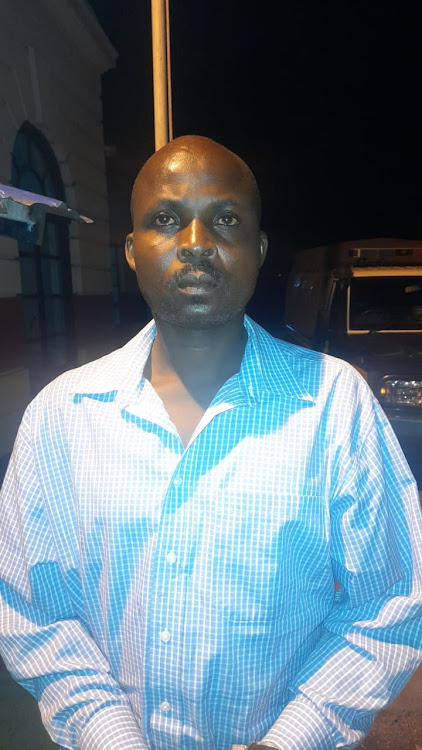 The KK security guard linked with the robbery at Prime Bank’s Nakuru Branch had more than 10 years at the branch, the Star has established.

Tobias Juma Mukhuyu is said to be part of the scheme that saw the bank lose Sh2.3 million in the robbery incident that occurred on January 26, 2022.

According to insiders, the guard had been attached to the bank for years which saw him gain trust from management and staff.

“Juma had become more like part of the bank’s staff. He has been there for years,”a staff told the Star.

The incidence happened after 4pm when the branch had closed its doors.

He is alleged to have opened the doors for a group of people who went ahead to execute the robbery.

A CCTV footage filed in court shows the guard opening the bank’s doors.

The robbers made away with an estimated Sh2.3 million with staff also losing mobile phones.

Mukhuyu was arrested in Bungoma County last week and arraigned in court.

He has been charged with robbery with violence, alongside his accomplices who are said to have been armed with dangerous weapons namely knives, hammer and an imitation firearm., during the robbery.

The guard denied the three counts of robbery with violence and failing to prevent a felony.

The former security guard was traced and arrested at Nashianda in Bungoma county following investigations and the CCTV footage.

Meanwhile, Prime Bank says it has intensified security around all its branches in the country.

In a statement, the bank assured depositors that their money is safe, adding that a layer of security has been added to existing one, to guarantee the safety of funds.

“We want to assure our depositors that the money in our custody is safe. Our strong security setup will capture any fishy activity around and within banking halls and ATM booths,” the lender said.

There has been a spike in robbery cases at banks in the country with a number being foiled by security officers.

Among recent notable incidences was the attempt on Equity Bank's Ang'awa Street branch in Kisumu, in November last year.

A teargas canister was thrown at the facility, causing fear and commotion among customers.
Counties
8 months ago

Five robbery with violence suspects to be detained at Kasarani