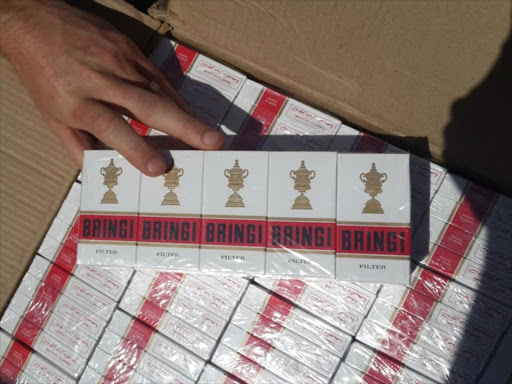 Suspected counterfeit cigarettes seized in a past operation in Mombasa. /FILE

Uganda is a major source of illicit cigarettes in Kenya and other neighbouring countries, the latest report by Kantar has revealed.

According to the study commissioned by British American Tobacco (BAT), 93 per cent of the counterfeits find their way to Kenya.

It further shows that 23.8 per cent of the cigarettes being sold in Uganda are illicit.

This accounts for almost one in four cigarettes smoked an increased representation of 54.5 per cent compared to September 2020 when the number stood at 15.4 per cent.

The research further found that more than half of the illicit cigarettes 51 per cent are manufactured in Uganda with the rest being smuggled from other countries.

''These illicit cigarettes are typically branded ‘Supermatch’, though the report makes no claim as to the actual manufacturer of each pack, therefore, basing its findings on the observable features of the packet,'' the survey shows.

This revelation has triggered BAT to call for enhanced action against counterfeit trade in Uganda amid the significant incidence of illegal cigarettes trade.

In a briefing with the media on Tuesday, BAT Uganda chairman Elly Karuhanga said although they appreciate efforts by Uganda Revenue Authority to contain the vice, more needs to be done.

“BAT Uganda is concerned that illicit trade in cigarettes is allowed to thrive in this country despite the various negative impacts, which include fuelling organised crime,'' Karuhanga said.

He called on the government to enhance enforcement against illicit trade in the tobacco industry.

“BAT Uganda is committed to collaborating transparently with all relevant agencies to eradicate the illicit trade in Uganda. We urge the business community and industry bodies to join the fight,'' Karuhanga said.

This, it says, will help in the fight against counterfeit goods coming into Kenya.
Business
3 months ago

Most hit towns are Nairobi, Mombasa and Nakuru.
Business
4 months ago

Will make products out of reach for the majority.
Business
4 months ago

IPR Recodation is a database of information about intellectual property rights of a products.
Business
3 months ago

Company reports Sh6.5 billion net profit for 2021.
Business
7 months ago
Post a comment
WATCH: The latest videos from the Star
by BY ALFRED ONYANGO
Kenya
28 June 2022 - 18:09
Read The E-Paper