Says pace of development must be accelerated.

•Adesina said Africa was the continent being impacted the most by climate change.

•However, as the World prepare for the next global climate summit (COP27), many African countries could still not access green climate financing, he noted. 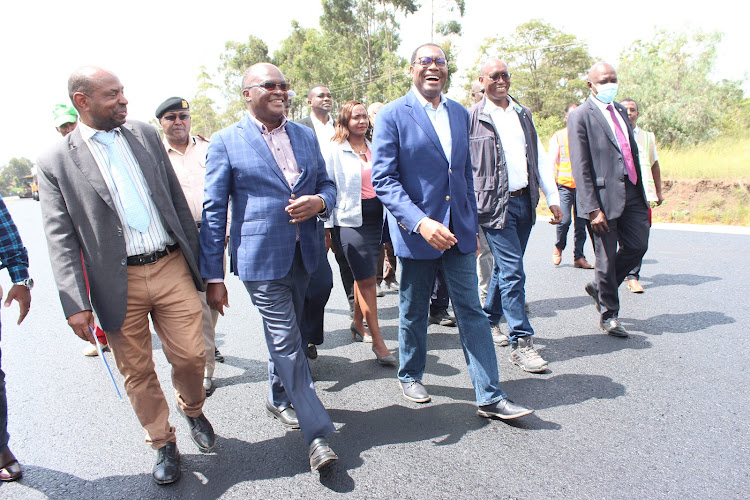 “Africa’s pace of development must be accelerated. We must work together for the continent to prosper, be competitive, and address the challenges facing it,” he said.

Adesina said Africa was the continent being impacted the most by climate change.

However, as the World prepare for the next global climate summit (COP27) in Egypt this November, many African countries could still not access green climate financing, he noted.

This is because they had not developed the required national determined contributions and long-term strategies.

Adesina told the envoys that the majority of countries that were most vulnerable to the impact of climate change were beneficiaries of the Bank Group’s concessionary arm, the African Development Fund.

He said development partner financing, however, remained low and in decline.

“The African Development Fund must be financially sustainable to meet the growing development needs of its beneficiaries,” he stressed.

AfDB has continued to finance projects that are transforming lives in the continent, with tens of them currently underways.

An example is the Thwake Multipurpose Water Development Program in Kenya, which is expected to uplift millions of lives in the country’s semi-arid eastern region.

This is through electricity generation, water supply and irrigation of 40,000 hectares of land.

Adesina has asked international development partners to support the African Development Fund to be allowed to go to the capital markets with its $25 billion equity, to raise an additional $33 billion.

He allayed fears that this could lead to an even bigger debt burden for the Fund’s beneficiaries.

He expressed concern that countries were already resorting to commercial borrowing at very high-interest rates.

Covid-19 has caused Africa’s commercial debt to increase with the debt expected to worsen as a result of the impact of Russia’s war in Ukraine.

The war has already produced an increase in energy and food prices.

The AfDB has been pushing for the channeling of International Monetary Fund Special Drawing Rights to African countries through the bank.

Adesina said in this manner, they could be leveraged by a factor of four on the international capital market.

"This could help African countries deal with debt issues and allow them to invest more in transformative developments," Adesina said.

Meanwhile, Adesina has pointed out insecurity as a big concern, which he said had recently seen military expenditure rise while financing for development was declining.

“As a result, poverty levels are rising, particularly in rural areas, which have become zones of misery and fertile recruitment grounds for terrorists,” he said.

He emphasized the importance of security indexed investment.

He cited the institution’s initiative to introduce security indexed bonds linked to investment, growth and development.

He said the bank and the Africa Union Commission are working together to support countries as they built their own security defense architecture.

The bank is also working with African governments and international partners to set up youth entrepreneurship investment banks, with plans to provide support to businesses run by young people.

Adesina said: “The future of Africa’s youth is not overseas but in an Africa that is thriving in a sustainable and equitable manner. Young people do not need handouts or what is often referred to as ‘empowerment.’ Show me one young person who can readily tell you they have been empowered. Young people need investment.”

He also commended the speed with which road projects were being implemented and the quality of work.

Currently, works are ongoing on the construction of the African Development Bank-funded Kenol-Sagana-Marua Road, which he toured at the start of his visit.

The 84-kilometre road—which will connect Nairobi with commercial and agricultural towns of central, upper eastern and northern Kenya—is expected to be completed in six months, two years earlier than planned.

It is part of the Great Trans-Africa Highway that runs from the Egyptian capital of Cairo to Cape Town, South Africa.

The highway will also facilitate regional integration by linking Kenya with Ethiopia and Somalia.

The highway is expected to boost regional trade and integration.

Adesina also cited the 894-kilometer Nairobi-Addis Ababa Road, which has, among other things, expanded trade between Kenya and Ethiopia by up to 400 per cent.

“Infrastructure is the backbone of any economy,” Adesina emphasized, adding that quality infrastructure spurs economic activity.

He said in the last seven years, AfDB has invested more than $40 billion in infrastructure in Africa.

Meanwhile, Adesina has urged the Kenyan government to seriously consider a zero-slum policy that would clear the country of slums, with the introduction of quality and decent low housing programs.

“As we develop infrastructure, we must ensure that we do not create inequalities between rich and poor areas. We should use infrastructure to transform all the slum areas. We must reduce inequity and we must create new hope and new opportunities for the poor,” he said.

A four-kilometers elevated highway through the town to end traffic snarl-ups.
Business - Page 14
9 months ago

CS Macharia says the government is expanding the road to a four-lane dual carriageway.
News
6 months ago
WATCH: The biggest news in African Business
Post a comment
WATCH: The latest videos from the Star
by MARTIN MWITA Business Writer
Kenya
06 June 2022 - 04:00
Read The E-Paper