•Customer deposits remain relatively flat by a margin of 1% majorly from corporate deposits.

•During the period, net interest income grew by 15 per cent to Sh2.2 billion as compared to Sh1.9 billion the previous year. 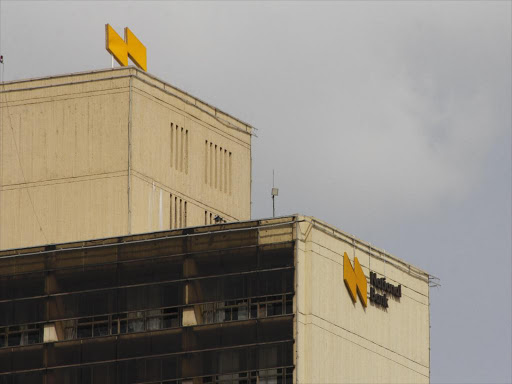 The National Bank of Kenya Building in Eldoret
Image: FILE

This is a 72 per cent rise compared to Sh229 million it posted over a similar period last year.

The growth was attributable to an increase in operating income which grew to Sh2.7 billion from Sh2.4 billion over the same period last year, representing a 13 per cent growth.

This was anchored on higher revenues from loan interest, and a growth of five per cent in non-interest income , driven by increased accounts acquisition, and foreign exchange gains in retail and corporate clients.

NBK outgoing managing director, Paul Russo, who has been appointed KCB Group chief executive said: “The results reflect strong underlying performance across all areas of the business and a fairly improving economy."

He said the lender, which was taken-over by KCB in 2019, maintained a strong balance sheet growth supported by 17 per cent increase in net customer loans and advances.

During the period, net interest income grew by 15 per cent to Sh2.2 billion as compared to Sh1.9 billion the previous year.

This was contributed by interest income which grew by 19 per cent to Sh 3.2 billion,  as a result of increased volumes of loans and advances, as well as improved level of recoveries.

This was driven by increased investments in cybersecurity, strategic bank projects to enhance operational excellence and customer experience such as internet and agency banking platforms.

On the balance sheet side, total assets grew to Sh140 billion,representing a strong growth of eight per cent year-on -year.

The growth was majorly rom net loans and advances which were up by Sh10 billion to Sh67billion.

The bank’s capital and liquidity levels remain strong, management has said, firmly enabling the bank to support its customers, especially those in the SME sector.

“We have kicked off the year with a strong start and I believe we have put in place the building blocks to unlock the opportunities that will position the business for a period of sustained growth," Russo said.

Oigara is leaving the Group 6 months before end of his term.
Business
1 month ago