State to decide on new maize imports after stock taking

• Agriculture CS Peter Munya has urged farmers that may be hoarding maize to sell it now when the prices are good.

• A 90 kg bag of maize is currently retailing at between Sh4,000 to Sh4,200. Most of the maize in Kenya is finding its way in South Sudan and DRC Congo. 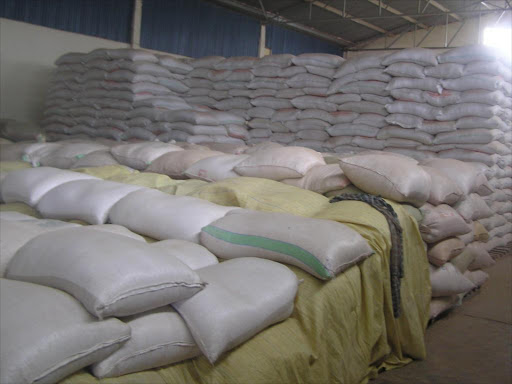 The government will allow the importation of maize once an assessment of the current maize stock is complete, Agriculture Cabinet Secretary Peter Munya.

Munya has said that the Ministry is doing an assessment of the maize that is currently available in the country and that this will guide the quantity that is needed for importation.

“The report will be out soon and after that, we will allow for the importation of maize. The first shipment will take approximately 45 days to get to the Port of Mombasa,” said Munya.

Munya said this during the launch of the Potato Taskforce on Friday in Nairobi. It is mandated to fast-track progress in the potato value chain and safeguards farmers’ livelihoods amidst a complex trade environment.

He said there is inadequate maize in Tanzania and Uganda so millers will have to source maize outside the continent.

Munya urged farmers that may be hoarding maize to sell it now when the prices are good. A 90 kg bag of maize is currently retailing at between Sh4,000 to Sh4,200.

“Farmers should sell whatever maize they are having now. Once the imports start getting into the country, prices may start fluctuating. Most of the maize in Kenya is finding its way in South Sudan and DRC Congo,” he said.

Last week, millers raised concern over a looming maize shortage in the country, adding that this is likely to continue pushing the price of unga up.

A two-kilo packet of maize meal is currently retailing at an average of Sh150.

Kennedy Nyaga, chairman of the United Grain Millers Association (UGMA)- who are mainly smallscale millers said there is a shortage of maize in the country and what is coming into the country from Tanzania is not enough.

“This is due to the scarcity of the commodity in the country and in the region. We are speculating that Tanzania may stop the importation of maize to retain enough stocks for their country and this will worsen the situation in Kenya,” he said.

Timothy Njagi from Tegemeo Institute said that this long rain season maize harvest will reduce due to numerous challenges that farmers have faced.

“This season, farmers have incurred many problems starting with the high cost of fertiliser where some farmers opted not to use fertiliser at all, the acreage under maize has also reduced and there have also been incidences of the fall armyworm infestation,'' he said.

He added that these challenges coupled with the delayed rains will lead to low maize production.

He said the looming maize shortage has been made worse by the Russia-Ukraine crisis because Ukraine was a big supplier of non-genetically modified maize globally.

Ukraine is a grain basket country and exports a lot of wheat and maize globally.

“Prices will continue going up unless there is some intervention. Countries like Malawi and Zambia that have a surplus have already been approached by Asian countries like India,'' Njagi said.

There has been discussion at the African Union (AU) to try and cushion countries against rising costs.

Demand in some EAC countries as made farmers sell, depleting stocks.
Counties
6 months ago

Increase however likely to hurt consumers.
Business
6 months ago
by AGATHA NGOTHO Science Writer
Kenya
16 May 2022 - 04:00