Why the next government should bet on agriculture for growth

In Kenya, the sector accounts for 65% of the export earnings.

•By making farming more profitable and less arduous, governments can attract young Africans into this nearly trillion-dollar industry in Africa.

•The youth find agriculture unattractive, as a paying job. 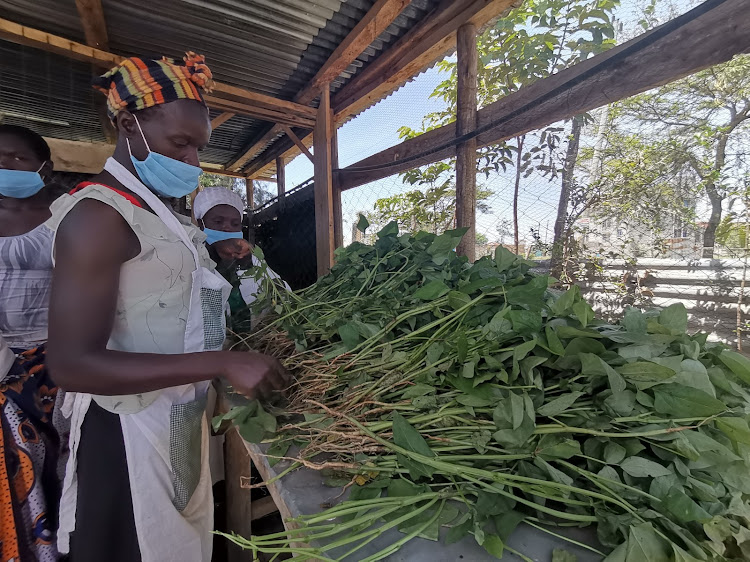 GREEN GOLD: Women of the Awuoth Widows and Orphans CBO preparing vegetables to store them in the charcoal cooling unit
Image: FAITH MATETE

Youths account for 60 per cent of all of Africa’s jobless, even as the continent boasts of the highest population in the world, according to the World Bank.

Every year, roughly 11 million young Africans enter the labor force, but at best, only a quarter of these new workers will find paying jobs over the next decade.

However, despite the huge labor force, the youth find agriculture unattractive, as a paying job.

This is because most young people perceive the profession as for grandparents, they did not see their grandparents prosper with agriculture and hence don't want to be associated with it.

In Africa, young people are taught to go to school, get good grades, and in turn, they will secure great jobs, so they leave the village in search of  ‘meaningful’ work.

But is this stereotype true? What are the opportunities agriculture has to offer and a viable career option?

By making farming more profitable and less arduous, governments can attract young Africans into this nearly trillion-dollar industry in Africa.

Let’s look at the numbers.

According to research firm Mckenzie, agriculture in Africa has a massive social and economic footprint.

In Kenya, the sector accounts for 65 per cent of the export earnings, and provides the livelihood (employment, income and food security needs) for more than 80 per cent of the Kenyan population and contributes to improving nutrition through the production of safe, diverse and nutrient-dense foods.

Similar increases could be seen in the production of horticulture crops and livestock.

African governments need to heavily invest in the sector in a bid to realize Africa’s full agricultural potential.

Mckinsey estimates that Sub-Saharan Africa will need eight times more fertilizer, six times more improved seed, at least $8 billion of investment in basic storage (not including cold-chain investments for horticulture or animal products), and as much as $65 billion in irrigation to fulfill its agricultural promise.

Much investment will also be needed in basic infrastructures, such as roads, ports, and electricity, plus improvements in policies and regional trade flows.

The Jubilee government has heavily invested in infrastructure, more roads are now accessible, while electricity is now accessible in most parts of the country.

However, more needs to be done.

According to Feed The Future organisation, governments that have effectively promoted farm productivity growth, such as Rwanda, Burkina Faso and Ethiopia, have enjoyed faster rates of poverty reduction, higher rates of labor productivity in the non-farm segments of the economy, and expanded employment growth in both food systems and non-farm sectors.

Because of strong growth connections between agricultural productivity and most other sectors of the economy, even non-farm jobs grow faster when agriculture is strengthened. In short, agriculture is good for everyone.

The incoming government needs to take this seriously, with heavy investments, agriculture will be an attractive investment option. The sector is too important to be left under-utilised.

According to Africa Development Bank (AfDB) Africa accounts for 75 percent of the world's cocoa production, but the continent is a price taker and receives only two percent (2%) of the $100 billion annual revenues from chocolates globally.

The reason is because Africa exports just raw cocoa beans.

This pattern is the same for other commodities in which Africa is a major producer.

But producing raw materials is not enough.

It is time for Africa to move to the top of the global food value chains, through agro-industrialisation and adding value to all of what it produces.

KQ plane carried fresh chilies (16 tonnes) produced from the region to the United Kingdom.
Business
4 months ago
WATCH: The biggest news in African Business
by WANGARI KURIA
Kenya
04 May 2022 - 04:00