There are at least nine SEZs in Mombasa, Naivasha and Machakos and about 75 EPZs across the country.

•The government is also keen to formalise SMEs in the country.

•The special zones come with incentives such as cheap power and tax relief. 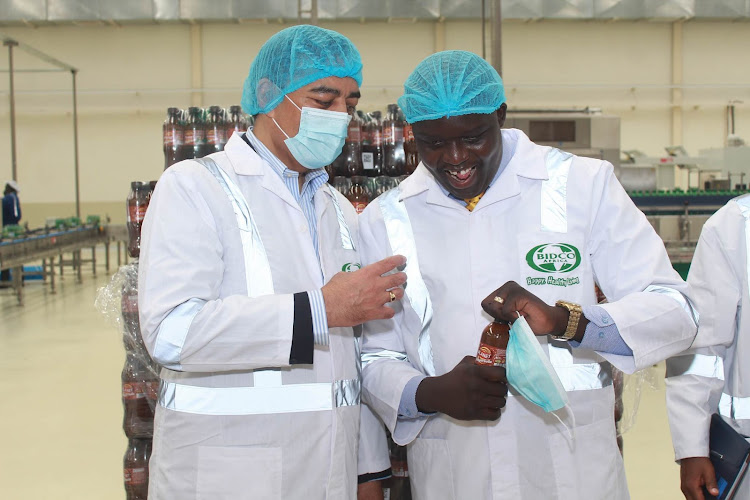 The government is keen to bring on board local Micro, Small and Medium enterprises to Special Economic Zones(SEZs), the Industrialisation, Trade and Enterprise ministry has said.

There is also untapped opportunities at Export Processing Zones(EPZ) unveiled for investors, Chief Administrative Secretary David Osiany has said, as the government pushes for increased investment and job creation.

It is currently undertaking a registration drive for small businesses, an initiative spearheaded by the Micro and Small Enterprises Authority (MSEA), in partnership with United Nations Development Programme (UNDP).

The project aims to develop a comprehensive database for Micro and Small Enterprises and a central reference point for information dissemination and helping businesses access markets.

“SMEs face stiff competition from established large enterprises. The large enterprises have a cost advantage of SMEs as they produce in higher volumes. Due to this factor, SMEs find it hard to compete in the market with the established enterprises,” Osiany said yesterday, during a forum in Nairobi, dubbed SMELink Conference.

In the medium-term, the government targets to formalise at least 15 million SMEs in what will also be a big win in expanding the country's tax base.

A medium enterprise has 50-99 employees with a monthly turnover of between Sh5 million and Sh20 million, according to the Micro And Small Enterprises Authority (MSEA).

So far, the registration process which commenced in November has attracted more than 20,000 SMEs, the authority’s chairman James Mureu told the Star yesterday.

The government is marketing at least nine SEZs in Mombasa, Naivasha and Machakos with about 9,000 acres designated for investments.

It is leveraging on the SEZs as part of its plans to boost both domestic and Foreign Direct Investment (FDIs) in  post-Covid-19 economic recovery.

SEZs are designated areas aimed at facilitating export–focused investments by both local and foreign investors.

According to the Kenya Investment Authority (KenInvest) data, there are also 75 Export Processing Zones (EPZs) across the country, which come with incentives for investors such as cheaper power.

“We have up to 60 per cent reduction on the cost of power at the EPZs such as Naivasha,” Osiany said.

These zones are also considered to be outside the customs territory of Kenya, and therefore operate in a jurisdictional that shields them from some taxes and other regulatory bureaucracy.

Tax incentives at SEZs include exemption from paying, in part, excise duty, income tax, customs duty and value added tax on all special economic transactions by licensed enterprises, developers and operators established within the zones.

“Credit constraints are a serious challenge for SMEs. Without reliable sources of working capital, SMEs are unable to make investments needed for growth, leading to stagnation,” Osiany noted.

African Development Bank (AfDB) recently reported that only 20 per cent of African SMEs had access to credit, and that only nine per cent of the investments SMEs make are funded by a bank.

Lack of credit access places a heavy burden on entrepreneurs to raise large amounts of capital for business development themselves and makes it hard for ideas to growth into enterprise.

“Improving access to credit is thus crucial if SMEs are to reach their potential and allow businesses to move from start-ups to established businesses with growth potential,” the CAS said.

“MSME sector is centre of realization of the Kenya Vision 2030 and Big Four Agenda. Its critical in providing income and job opportunities,” Mureu said.

The partnership targets SMEs that are members of KNCCI.
Business
1 month ago
by MARTIN MWITA Business Writer
Kenya
22 April 2022 - 21:00