Expected to implement phase II of the 15% tariff cut before June.

•A 30 per cent tariff reduction will see Kenya Power lose up to Sh24 billion in annual electricity revenue.

•In the half-year to December 2021, the utility firm recorded a 12.9 per cent increase in electricity revenue, which grew to Sh69.447 billion. 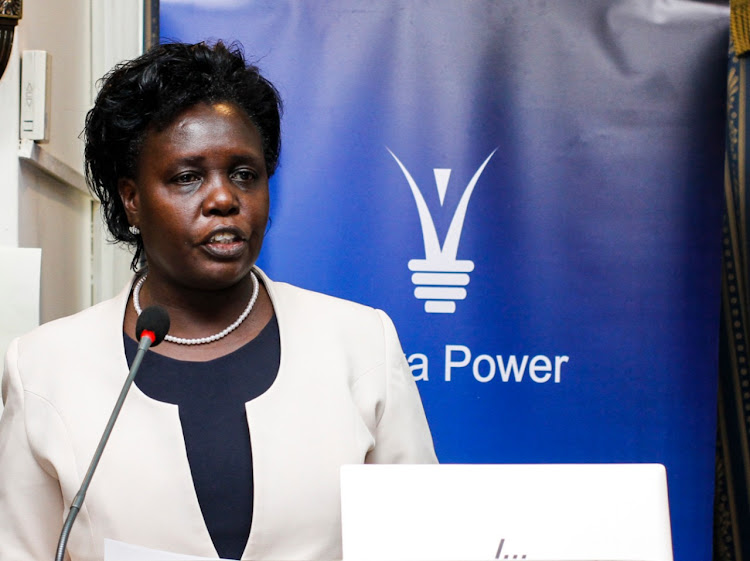 Kenya Power hopes revised Power Purchase Agreements and a cash injection by the State will mitigate the impact of the 30 per cent cut on customer bills.

Parliament has awarded Kenya Power Sh9.9 billion to help offset the expected revenue shortfall from the reduction of electricity prices by the government in January.

A cumulative 30 per cent tariff reduction will see Kenya Power lose up to Sh24 billion in annual electricity revenue, based on its current estimates of Sh163 billion, which could push it into borrowing to bridge the operating costs gap.

In the half year to December 2021, the utility firm recorded a 12.9 per cent increase in electricity revenue, which grew to Sh69.447 billion.

“We have been doing a lot of background work. We are now moving to the next stage of deeper engagement with IPPs on tariff revision,” Oduor said at a media briefing on the company’s performance.

There are about 27 IPPs in the country some of them currently earning Sh41 more per dollar for deals entered when the US currency was trading at Sh72 in 2001. It was exchanging at an average 113.80 to a dollar yesterday.

While KenGen’s hydropower costs are as low as Sh2.4 per unit (kilowatt-hour, with geothermal averaging Sh9 per, according to the Energy and Petroleum Regulatory Authority data, some IPPs are charging Kenya Power up to Sh18 per kilowatt-hour.

The government is keen to lockout expensive thermal power generators, some having contracts running up to 2032.

“The public should be aware that the high cost of electricity is as a result of high energy cost at the contracting stage, fuel and foreign adjustment, wheeling pass-through charges, and government taxes,” chairman Vivienne Yeda said.

Meanwhile, Kenya Power is also keen to reduce system losses mainly on faulty equipment and illegal connections, increase customer base and revenues, as it drives the agenda of affordable power in the country.

There has also been a house cleaning at Kenya Power where some 59 senior procurement employees were suspended last November. The process has been completed with most of them cleared.

Management remains confident of growth after recording a Sh3.82 billion profit after tax for the half-year to December 31, compared to Sh138 million posted in a similar period in 2020.

Profit before tax for the period under review was Sh5.66 billion, compared to Sh332 million realised in a similar period the previous year.

This has been attributed to an increase in sales, enhanced system efficiency, and lower operating costs.

"This was driven by an increase in customer connectivity, as well as improved supply quality and reliability due to enhanced preventive maintenance works, network refurbishment, and accelerated faulty meter replacements," management said .

Operating costs decreased from Sh20.1 billion to Sh19 billion as a result of enhanced cost management and resource optimisation initiatives that the company is implementing as part of its turnaround strategy, it said.

The electricity distributor bounced back to profitability last year after a series of losses.

This is up from Sh138 million posted in half-year to December 2020.
Business
4 months ago

The government is engaging Independent Power Producers to review contracts with the aim of cutting the cost of power
Business
5 months ago
WATCH: The biggest news in African Business
by MARTIN MWITA
Kenya
02 March 2022 - 17:00