Firm was awarded tender for supply of 3.2GHz processor but supplied 2.4GHz

•At least 16 firms responded to the bid that was floated in the financial year 2017-18.

•Some three firms were disqualified for quoting 2.4GHz, which was below the specifications. 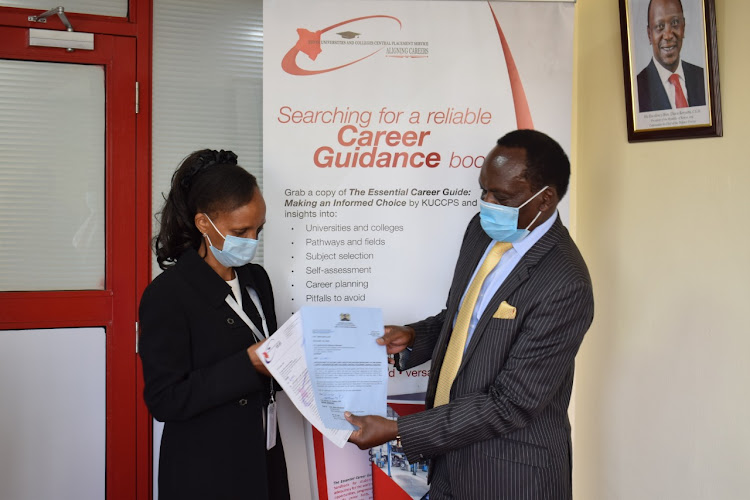 A supplier deceived the Kenya Universities and Colleges Central Placement Services (KUCCPS) into the procurement of a server for handling university students admissions.

The unnamed firm, according to a report by Auditor General Nancy Gathungu, was to supply a server with a processing speed of 3.2 gigahertz (GHz) but supplied one with a lower speed of 2.4 GHz.

The supplier was paid about Sh14 million quoted for the supply of the machine with a high processing speed.

Technical specifications in the contract agreement provided for server processing speed of 3.2 GHz or better.

Gathungu said there were irregularities since the company supplied a server with a lower processing speed of 2.4 GHz contrary to the technical specifications and the contract agreement.

Sixteen firms responded to the bid that was floated in the financial year 2017-18 out of which three firms were disqualified for quoting lower server processor speeds than the specified 3.2 GHz.

The tender was awarded to a local firm having met the technical evaluation requirements and a contract was entered into for the stated sum of Sh13,980,412.

Gathungu, in the audit report for the year ending June 2020 tabled in Parliament  cited a violation of the law in tender.

“By accepting and paying for a lower processing server of 2.4 GHz instead of the one specified of 3.2GHz and having disqualified three bidders for quoting lower processing speed than 3.2GHz, the service violated Article 227 (1) of the Constitution,” the auditor said.

She said a clause in the contract agreement required technical specifications to form part of the agreement with the students’ placement agency.

“In addition, the company changed the terms of the tender contrary to Section 76 (2) of the Public Procurement and Asset Disposal Act, 2015 by supplying a server with a lower processing speed instead of the one provided in the contract,” Gathungu said.

She said that under the circumstances, it was not possible to confirm whether the amount of Sh13,980,412 incurred during the financial year 2017-18 on supply and installation of servers and related accessories were utilised in a lawful and effective manner.

“The board intends to continue with automation and decentralisation of its operations in the coming financial years,” the board chairman said in the statements in the audit report.