Customer deposits of the Group closed at Sh289billion 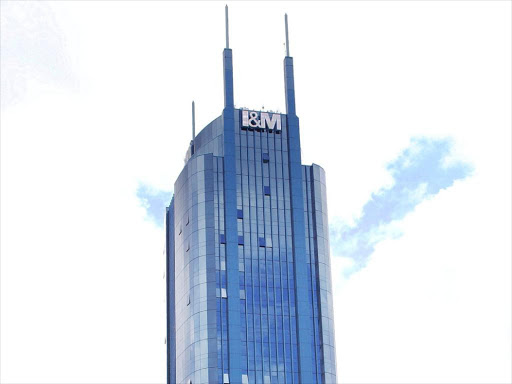 I&M Group has registered Sh5.45 billion in net profit for the third quarter of 2021, marking an increase of 25 per cent from Sh4.35 in the same period last year.

The lender attributed the growth in earnings to increased net interest income and its share of joint venture profit.

Ndonye noted that the actions taken by the Group to improve its operating efficiencies and financial returns have placed it on a strong upward growth trajectory.

Net interest income for the Group recorded a strong growth of 34 per cent to close at Sh14 billion, an increase from Sh10 billion in September 2020.

This was on account of improved earnings from government securities and a reduction in interest expense.

The Group’s asset base rose to Kshs 399 billion, reflecting a 16% year-on-year growth due to increases in the loan book and investments in government securities.

Customer deposits of the Group closed at Sh289billion, or a 14 per cent increase year on year.

Further, total non-funded income recorded a decline of 3 per cent to close at Sh6.1 billion which was down from Sh6.4 billion year on year.

The Group’s operating expenses before loan loss provisions stood at Sh9.7 billion, an increase of 28 per cent year on year on account of increased investment in digitisation.

Loan impairment charges for the period stood at Sh2.8billion which was an increase of 31% year on year, to cater for portfolios affected by Covid-19.

Meanwhile, the I&M Group has strengthened its long-term value for stakeholders through its commitment to Environmental, Social, and Governance (ESG) initiatives, thereby placing it in a good strategic position to align with the Central Bank of Kenya’s newly launched Climate-related Risk guidelines for the banking industry.

The Group has established its ESG framework that sets out a clear implementation plan for embedding sustainability across the Group's business operations and physical assets.