The country's blueprint is to export crude oil from Turkana through the Lamu Port.

There are rising concerns over increased oil spills in the Indian Ocean occasioned by ships frequenting the new Lamu port-LAPPSET.

There is already recorded evidence of the presence of spilled oil deposits in the Lamu Indian Ocean waters in the last few months as cargo ships continue to dock at the port to deliver and pick cargo to various destinations.

The spill risk is expected to rise upon completion of the 32 berths at the new Lamu Port in the coming years.

The first berth at the port was commissioned on May 20 by President Uhuru Kenyatta and has since received eight ships so far.

The Lamu Port Project plan includes a 32-berth port, transportation hubs for rail, highway and international airports in Lamu, Isiolo and Lodwar, an oil pipeline from South Sudan, Uganda and Ethiopia to Lamu Port, an oil refinery and three resort cities in Isiolo, Lamu and Turkana.

The port is slowly positioning itself as a transshipment hub for global shipping lines that will be supported by the Special Economic Zone.

Owing to the reality of the situation at hand, the Kenya Maritime Authority-KMA on Thursday held an Oil spill Response Training Workshop for various stakeholders in Lamu county.

The training was held at the Lamu Sunsail hotel and is aimed at improving pollution preparedness and response towards such incidences.

Participants were drawn from the county and national governments, oil companies, Kenya Ports Authority-KPA and beach management units-BMUs across Lamu.

While reading a speech on behalf of KMA Director General Robert Njue, Marine engineer Michael Koech noted that the risk of an oil spill occurring in Lamu is high due to the newly commissioned Lamu Port.

Koech said the oil spill risk is expected to rise upon completion of 32 berths at the new Lamu Port.

The country's blueprint is to export crude oil from Turkana through the Lamu Port.

Kenya is also in the process of implementing its blue economy sector and has experienced increased shipping, commercial fishing, and marine tourism activities, and hence increasing the risk of pollution.

He further explained that Kenya lies within a busy tanker route to the Middle East and that pollution occurring in the high seas is likely to pollute Kenyan waters.

“All these activities compound the risks of oil pollution and require the country to be properly prepared to tackle such incidents. This workshop is to validate the National Marine and Navigable waters contingency plan and conduct a refresher training on oil spill response,” Koech said.

The objective of the workshop is to sensitize the plans and manuals and build capacity to respond to oil spill incidents.

“You will become part of the oil spill response action team and will be called upon to respond to such incidents in the future,” he said.

The group is partnering with KMA to build capacity for oil spill preparedness and response among citizens in the country.

He said Lamu people need to be equipped with adequate knowledge on how to deal with oil spills in the sea owing to the rise in shipping activities brought about by the port.

“This way, you enable them to avoid oil pollution while at sea and at the same time boost information sharing on the same,” said Anjichi.

Lamu county Senior Fisheries officer Simon Komu called for an urgent assessment and mapping of all oil spill hotspots in the county for effective mitigation and to ensure effective preparedness measures are in place for a timely and well-coordinated response to limit the adverse consequences of oil pollution incidents once they happen.

“There is a need for urgent plans to handle any eventualities. Sensitization is key,” said Komu.

For instance, it can cause fouling which occurs when oil physically harms a plant or animal.

Oil can coat a bird’s wings and leave it unable to fly or strip away the insulating properties of a sea otter’s fur, putting it at risk of hypothermia. The degree of oiling often impacts the animal’s chances of survival.

It also causes oil toxicity due to different toxic compounds found in the product. These toxics can cause severe health problems like heart damage, stunted growth, immune system effects, and even death.

Oil toxicity was for instance witnessed after the Deepwater Horizon oil spill that saw BP pay a record environmental fine of $18.7bn to settle legal actions brought by the US and several states. 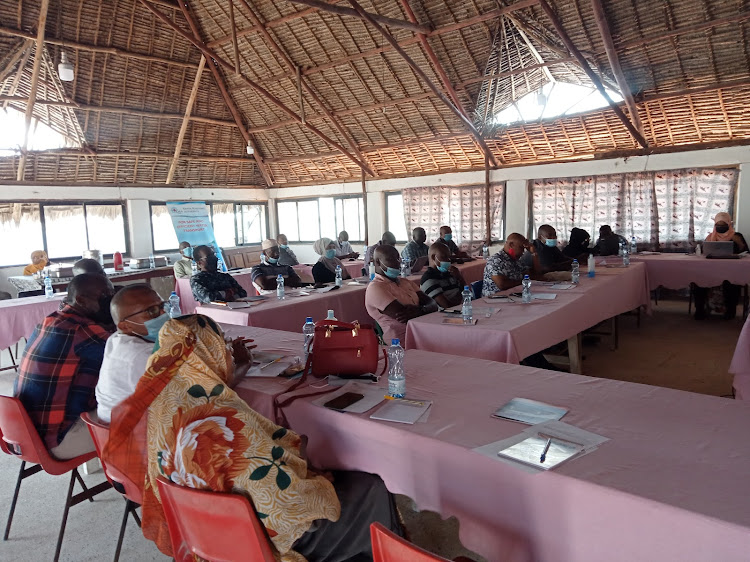