It bought the four businesses at Sh3 billion 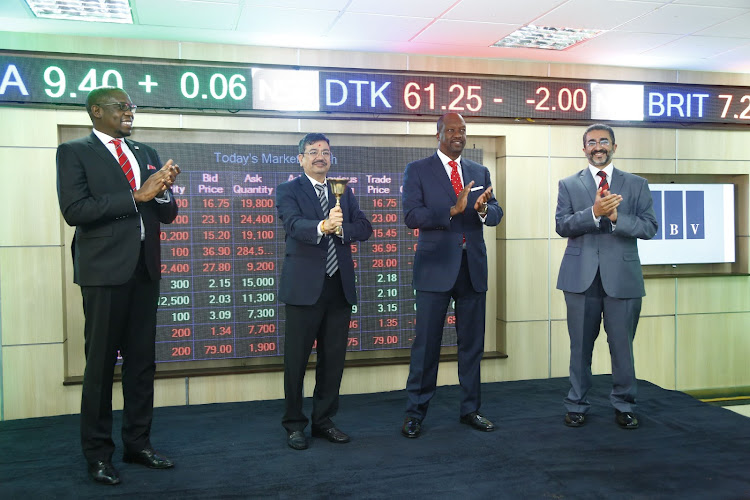 It has also taken control of Aviation Management Solution Limited, a company that owns a hangar and a building close to JKIA; and an 11.33 hectares parcel of land in Machakos County to be used to set up a cement manufacturing facility.

The venture firm was suspended from trading on the exchange in October last year and later reinstated in November after a successful buy-out by Dubai-based Delta International FZE at a cost of Sh83 million.

The infrastructural and industrial conglomerate operating across the East African region obtained 415,000 ordinary shares of the NSE listed firm at Sh0.50 per share, translating into 84 per cent shareholding.

During the buyout, NBV’s new owner revealed plans to venture into cement production, a major shift from the firm’s core business of selling shoes.

Nairobi Business Ventures is one of the firms that joined NSE in June 2016 under the Growth Enterprise Market Segment(GEMS). It was selling the K-Shoe brand, imported leather shoes and accessories from China and India.

In its latest financial report, NBV a net profit of Sh32.9 million from a net loss of Sh39.4 million last year.

The company achieved sharp growth in profit after restarting its trading business during the year.

The restructuring is likely to resuscitate the company which was on the verge of collapse and looming liquidation over Sh5.2 billion debt in December.