Kenyans borrowing way more than they save 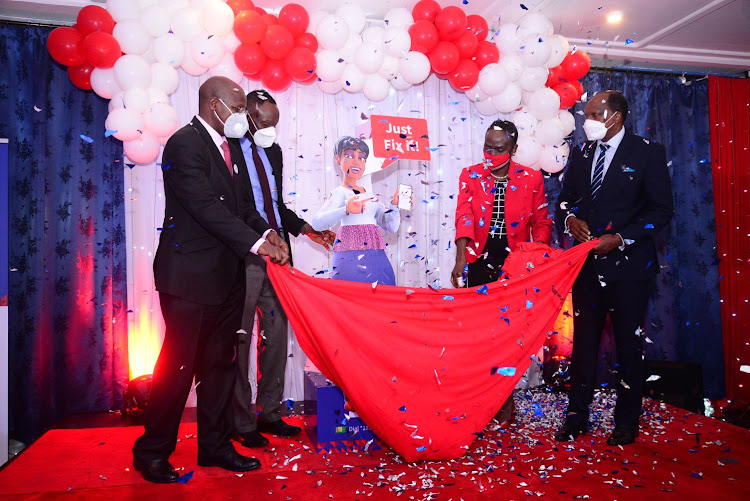 Ireneus Gichana, CEO of Maisha Microfinance Bank, Bitange Ndemo, Associate Professor at the University of Nairobi, Frida Owinga, Founder of Passion Profit and Jared Kagwana during the launch of the M-Fanisi Just-Fix-It campaign in Nairobi on September 30
Image: HANDOUT

Financial institutions in Kenya are more focussed on lending than promoting a saving culture placing the country's saving ratio at only 12 percent, according to a bank executive.

This, compared to savings ratios in China at 45.7 per cent, India 31.4 percent, and  Uganda and Tanzania  whose savings rates which have crossed the 20 percent mark.

Maisha Microfinance chief executive  Ireneus Gichana says Kenya's financial market is heavily focused on borrowing compared to other equally important aspects such as savings, among others.

"High savings and investment have fuelled the economic boom. China is an extreme case, with more than half of what is produced being saved and then invested," Gichana said at the launch of a fixed deposits product dubbed M-Fanisi.

He said mobile-based fixed deposits product's return is pegged at 11.25 percent annually adding that this is above the current market rate of six to eight percent.

The move comes even as fixed bank deposits held by Kenyans hit a historic high as  CBK data shows fixed deposit accounts gained Sh64.8 billion in the quarter ending June, translating to an increase of about Sh720 million every day in the period.

CBK Financial Sector Stability Report 2020 indicates that total deposits in the microfinance banks increased by 12.3 per cent from Sh43.9 billion as of December 2019 to Sh49.3 billion in December 2020.

The growth was supported by the aggressive use of digital platforms to mobilise deposits.