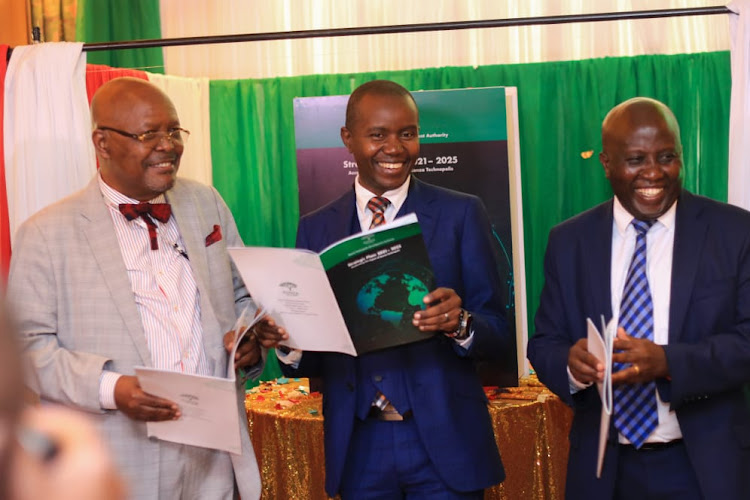 At least 1.2 million Kenyans are working online, earning an average of Sh20,773 per month, a new study has revealed.

According to the National Study on Digital and Digitally Enabled Work in Kenya released by the Kenya Private Sector Alliance (KEPSA) yesterday, 63 per cent of adult Kenyans are aware of the gig economy.

The survey commissioned by the Ministry of Information Communication Technology reveals that the majority of online workers at 461,523 are digital marketers followed by website articles and academic writers at 266,402 and 168,022 respectively.

These findings are coming hot on the heel of an international debate on how high internet penetration and job scarcity in developing countries including Kenya and India are aiding academic theft.

In the past two years, various international media led by New York Times have unmasked a growing trend of university students in Kenya writing exams for their counterparts in the developed world, especially in the US.

An investigative piece dubbed 'Cheating Inc by New York Times revealed that there is a Facebook group for academic writers in Kenya with over 50,000 members.

The survey which sampled 1,526 respondents and conducted by Tifa Research found that the average hourly pay was Sh2,001. This amount translates to Sh7,549,00 compared to earnings per project which was Sh7,110.

Speaking at the event, ICT cabinet secretary  Joe Mucheru, said the Ajira Digital Programme has successfully introduced unemployed but skilled youth to the gig economy where they are able to create work for themselves and compete globally through multiple online work platforms.

“A key component in doing this work was the provision of the necessary tools such as training, and mentorship needed for the youth to work and earn an income with dignity,'' Mucheru said.

He added that the study is a clear testament to the hard work that has gone into nurturing, growing, and positioning the Ajira Digital programme as a change-maker in how young people access work and job opportunities.

He added that they have partnered with the Judiciary through the Ministry of ICT, Innovation, and youth to create work opportunities for youth where 61 courts have been digitized through data entry, scanning and transcription of documents in 183 court stations and 7 tribunals.

“69,407 legal transcripts have been submitted to the judiciary in addition to over 10,596.46 transcribed audio hours and 169,844 case files input in the CaseTracking System.

Phase two of data entry and scanning is set to continue, targeting 194 courts in 34 counties and the creation of additional 1,400 jobs over a 6-month period”, explained Mucheru.

The program has also engaged over 50 official partners in addition to 35 linkage partners and who have enabled the project to link 37,851 youths to digital and digitally-enabled jobs on more than 56 digital work platforms.

Kepsa chief Carole Kariuki said that (63%) of adult Kenyans nationally were aware of the digital gig economy and that awareness of the AjiraDigital Programme had increased from 5.5 million people (14%) in 2019 to 7.3 million people (29%) in 2021.

“At least 79 per cent of adult Kenyans nationally said they highly approve of the Ajira Digital Programme, which shows that we are well on the way towards achieving the country’s objective of creating a globally competitive knowledge-based middle-income economy”, she said.

Female workers accounted for 402,284 while workers between the ages of 18 to 35 made up 1,007,277 of the individuals doing digital and digitally-enabled jobs.

In terms of basic or intermediate skills, the study estimates that there are 461,523 digital marketers, 141,021 transcribers and about 250,000 article writers working online in Kenya.

In terms of advanced skills, the country has 76,921 software developers and 64,100 data scientists working online.

Other opportunity areas are as captured in the study under various skills categories include academic and scientific writing, transcription, virtual assistants, online research and surveys, coding, and data science activities.

The study notes that (31%) of workers who have adopted digital and digitally-enabled work prefer it because of a lack of formal employment opportunities.

At least (21%) prefer to work online due to the flexibility and convenience of digital work and another (18%) said it was because of the ability to work part-time.

This is against the top three barriers to participating in digital and digitally-enabled work, which were captured as expensive internet costs at (53%), lack of skills to participate in some digital platforms at (52%) and lack of access to WiFi or internet connectivity at (21%).

The Kepsa digital business process outsourcing pulse check with over 300 private sector players, across 29 counties across Kenya indicates moderate use of digital work platforms at 41.2%, led by Small and Medium Enterprises that outsource services through them.

Currently, the sector is characterized by low popularity and frequency of outsourcing.

The trends show that older SMEs prefer the business process outsourcing model while younger SMEs are critically involved in digital outsourcing through platforms.

The online jobs revolution: Freelance is future of work