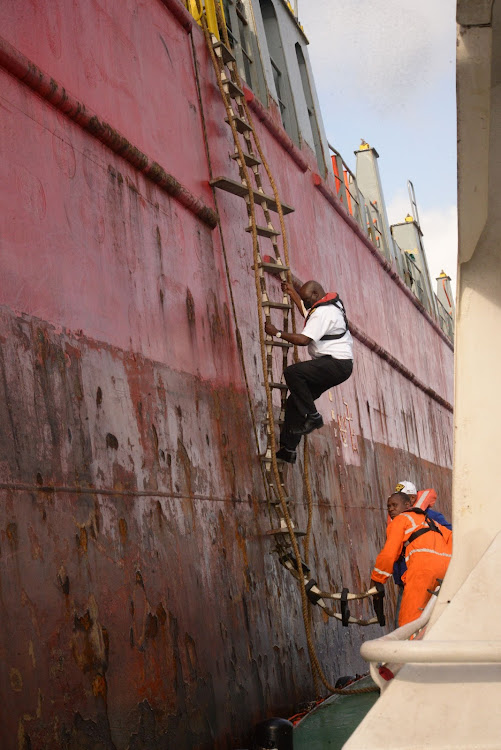 MV Ionian Express that docked at the Port of Lamu Saturday
Image: HANDOUT

The Port of Lamu is angling to attract more cargo destined for the domestic and transit market within the region to fully utilize the modern facility, which opened up for commercial operations in May this year.

According to Lamu Port managing director Abdullahi Samatar, the Port is aggressively marketing the facility and is expecting to handle a car carrier for its next shipment, which will transport motor vehicles by road to their final destination.

During a reception to welcome MV Ionian Express that docked at the Port of Lamu Saturday, Eng. Samatar noted that so far, the port has received vessels carrying transshipment cargo to be loaded for onward transfer to other ports.

This was the second vessel in a span of forty-eight hours to call the port on a maiden voyage.

Two days prior, the port welcomed MV Seago line Istanbul measuring 294.4 metres, which cruised into the Port laden with 1438 containers comprising 213 empties, 368 for offloading at Lamu and the rest accounting for export cargo destined for the Port of Salala.

“So far, we have been doing transshipment from here to Zanzibar and from Zanzibar to outside (sic), we need to attract additional business to grow the port, he added”.

The General Manager revealed that at the same time, the plan is to raise the share of transshipment cargo from other ports across the world.

“If we can attract some of the transshipment that normally does not even go through Mombasa and bring it here, then we shall be able to achieve our target,” he concluded.

KPA is also working to ensure the port is adequately equipped through the acquisition of three additional mobile harbour cranes by November this year. The aim is to hasten ship-to-shore operations at the quayside and attract Ethiopian cargo to the port.

KPA Chief Pilot Captain Ali Abdille, who oversaw the steering of the vessels alongside the berths, noted that the marine team has brought in seven vessels so far with the assistance of two tugs and a pilot boat.

“So far we have had good operations, we expect to clear the ship by tomorrow before it sails to Zanzibar”, he said.

The two Maersk vessels were given a warm reception with the KPA team presenting certificates of the first call.

Captain Ian Paul Nunez of Ionion Express noted that he was pleasantly surprised with the magnitude of the port and the depth of the channel saying that he felt safe bringing his vessel to the port.

On her part, captain Pia Jensen of MV Seago line expressed her appreciation promising to call the port on the next voyage.