E-paper: Government to set up Fund for coconut farmers at the Coast

Kilifi county leads in coconut farming at the Coast.

- The committee, chaired by Embu Senator Njeru Ndwiga, said time has come to introduce a mechanism that will ensure coconut farmers fully exploit the tree. 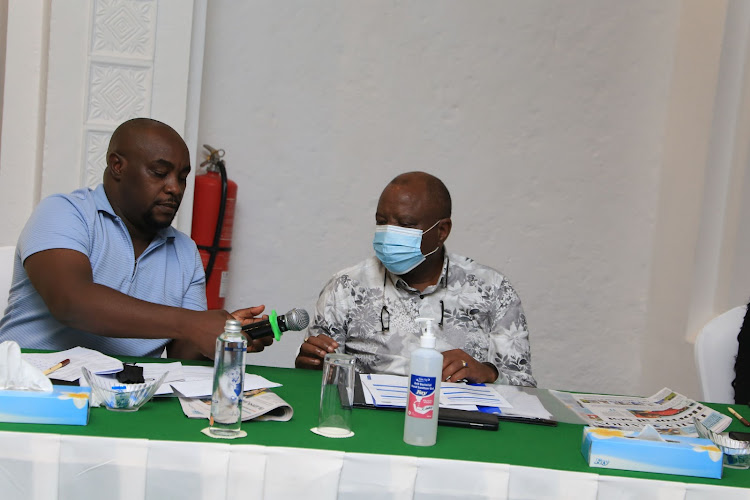 Lack of research on coconut farming at the Coast is one of the major challenges that affect farmers in the region, the Senate Committee on Agriculture, Livestock and Fisheries has said.

The committee, chaired by Embu Senator Njeru Ndwiga, said the time has come to introduce a mechanism that will ensure coconut farmers fully exploit the tree.

Speaking in Mombasa where they are taking various stakeholders through the Coconut Industry Development Bill, 2021, Ndwiga said coconut farmers at the Coast are stuck in the past, using old methods and seedlings.

“Research will enable stakeholders in the industry to identify the flaws in the sector and come up with solutions that will enable the farmers to get more from the tree than they are today,” said the Embu senator.

According to the Nuts and Oil Crops Directorate, at the Coast, coconut trees had taken up 82,921 hectares of land, producing 92,569 metric tonnes worth Sh4.8 billion by 2018.

Kilifi county leads in coconut farming at the Coast with a total of about 40,225 hectares under coconut trees.

Kwale county follows, with 30,895 hectares under coconut trees, which were worth Sh1.9 billion.

Mombasa had 151 hectares of land under coconut trees producing 1,953 metric tonnes of coconuts worth Sh93 million.

Ndwiga said there are better quality varieties of coconut seedlings that are used in countries like India, which mature faster and give more yields, which translates to more money.

The senator said the old variety of coconut trees are too tall, making it dangerous for the farmers who climb them.

Shorter varieties have emerged in countries like Indian and Asian states.

Ndwiga said there are many products that can be found from coconut trees and their fruits which remain largely untapped in Kenya.

County governments at the Coast need to enhance extension services so as to help farmers improve on their farming methods and yields, the Senator noted.

The Coconut Industry Development Bill seeks to establish a Coconut Development Fund which will enable research in the coconut industry.

Mwinyi Amir Bendera, a coconut farmer and nursery operator from Kwale county, said for a long time, coconut farmers at the Coast have been undervalued.

“We are glad that the coconut tree is now getting the recognition it deserves. This tree is not for the Coastal people alone because its benefits cut across all regions in the country,” said Bendera.

Accessing the market for coconut products has been a major challenge for farmers in the region, leading to low sales.

“The market we have is when individuals come to buy the coconut, and these are few. We lack access to value addition instruments so we can make the tree and its products more valuable,” said Bendera.

He said in Kwale, one acre can produce between 45 and 50 coconut trees.

He said Coastal youth need to be given more support to venture into coconut farming, which is mainly perceived as a venture of the old people.

“We have sat down as agriculture executives from all the six Coastal counties, under Pakacha, to ensure that we get the youth more interested in coconut farming using modern methods and improved varieties.

He said value extraction is more important than value addition when it comes to the coconut tree.

“The coconut tree is essential in many industries because its products can be used in industrial chemicals, the hotel industry, the construction industry, among others,” said Mtana.

He said regulation of the industry has been a major challenge with security officers taking advantage of the confusion in the laws and regulations in the industry to exploit, especially, palm wine sellers.

“The perception that palm wine is an illegal brew has been the main thorn in the flesh,” said Mtana.

“Palm wine is known throughout the world as a drink safe for human consumption,” he noted.

He said there is a need for county government officials and count commissioners to have deep discussions over the palm wine at the Coast so that harassment of palm wine sellers stops.

He said like other alcoholic drinks, palm wine has its stipulated regulations that given its consumption, and these must be followed.