•Officials at the agencies are concerned such professionals risk being misled by ‘the experts’ they may assume would help them make decisions.

•The Institute of Engineers of Kenya says the directors-general must be registered with them. 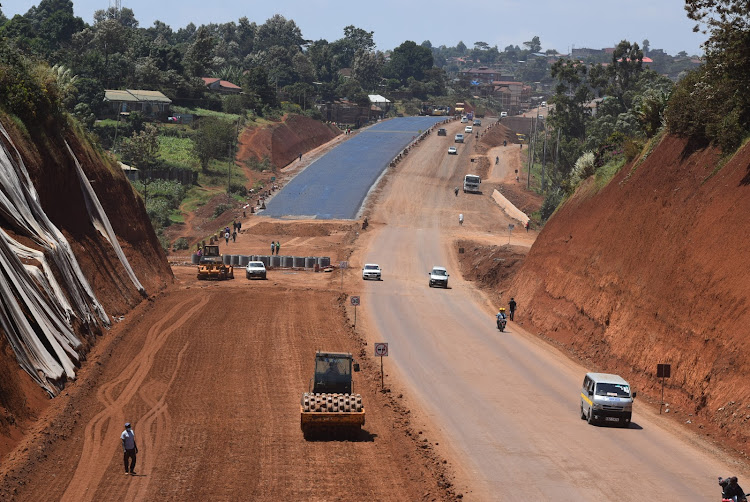 Disquiet has rocked the country’s roads agencies following proposed changes to the law governing the sector to allow any profession to head the entities.

Members of Parliament are a step away from putting in place a law that would allow persons with a postgraduate degree in engineering, architecture, finance, accounts, management, law, or a related field from a university recognized in Kenya to lead the agencies.

Their argument is that civil engineers are best placed to make informed decisions on road projects, which are deemed as sensitive and involving scientific precision.

“It is us who know what items are needed for roadworks for example. How will an accountant tell which materials, as quoted in a bill of quantities, are required,” a senior official at one of the agencies told the Star.

The officer raised concerns that such professionals risk being misled by ‘the experts’ they may assume would help them make decisions.

“The buck stops with a director-general. You can imagine the disaster that would follow as they are likely to approve projects or budgets from a point of no information,” the officer said.

The Star has established that there is intense lobbying by the agencies – and largely engineers, for MPs to defeat the bill when it comes to second reading next week.

“We are urging MPs to see the bigger picture and not let this bill, which reverses the gains made in professionalizing the road sector, pass,” the official added.

The infrastructure department led by PS Paul Maringa urged for caution in the changes, saying the agencies needed someone who is competent enough to ‘handle the gravity of the road sector’.

“A lot is required in terms of professional knowledge at the level of director-general,” minutes of the PS’s meeting with MPs read.

The Engineers Board of Kenya sought that the law includes a rider that the persons listing for the top job be registered by it as a professional engineer or higher.

Presently, the post of directors general of the roads agencies is a preserve of engineers with more than two decades of experience in the sector.

But MPs, in the Kenya Roads (Amendment) Bill, 2021, seek to lower the threshold and further enhance the term of officeholders from three to five years renewable once.

The National Assembly Transport, Public Works and Housing committee chaired by Pokot South MP David Pkosing has retained the disputed proposal opening up the post to other professions.

The bill posits that such persons would only need at least 10 years of experience in a senior managerial position within the roads sector.

The Pkosing committee, in a report tabled in Parliament, said the changes followed 'immense public interest from stakeholders', and are to align the law with the constitutional requirements for fair completion and merit in public service jobs.

“The justification is to promote fair competition for the position and ensure recruitment of the most competent candidate. The current provision is discriminatory as it reserves the director-general post to only one qualification and profession,” the report reads.

MPs further reasoned that the majority of submissions from the public proposed that the qualifications for appointment as director-general be opened up for consideration of other professions for the appointment.

“The current qualifications for DG appointment are not aligned with the general managerial functions of the role,” the Pkosing-led team said.

They argued that directors-general are responsible for the implementation of policies, manage funds and authority property, organize staff, and plan development.

He, however, backed the proposal on minimum qualifications for the position saying it “should be opened to everyone, with key consideration being the person’s capacity to run the agencies.

The Institute of Engineers of Kenya lost its bid for the post to be reserved for engineers as MPs shot down their proposal.

IEK argued that a director-general should be a member of the organization “to maintain contacts with his professional peers to keep abreast with latest technological developments.”

Institute of Certified Public Accountants of Kenya held that the functions of director-general are not technical or regulatory in nature warrant specific competence and skills.

ICPAK further noted that a masters’ degree may not be necessary since it is a leadership position.

Youthful engineers presently have to wait for long  to get roads agency top job
News
1 year ago
Post a comment
WATCH: The latest videos from the Star
by MOSES ODHIAMBO Journalist and Political Writer
Kenya
17 August 2021 - 07:00
Read The E-Paper