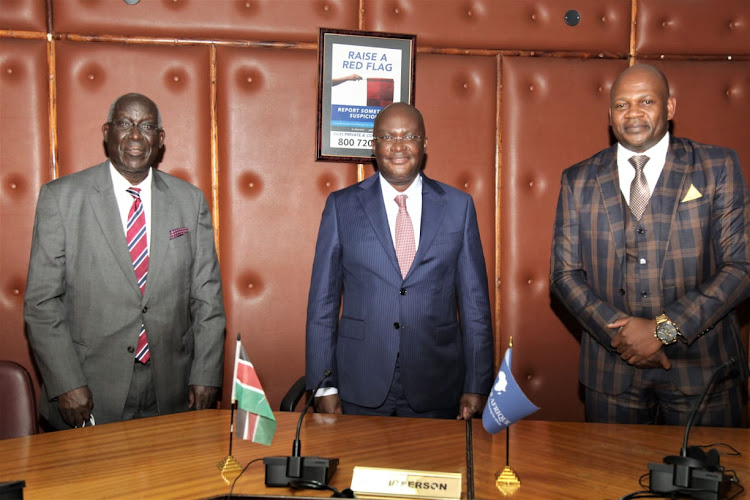 Announcing the investment, Transport, Infrastructure and Housing Cabinet Secretary James Macharia said the released amount is the first tranche of the $26.9 million Kenya pledged under the 2017 capital call agreement to the institution.

Kenya’s recent contribution brings the total amount received in additional capital in the last few years to a total of $92 million.

''I am happy to report that Kenya has fully met the capital call obligations of 2013 to the tune of $16.2 million,'' Macharia said.

Macharia who chaired the company’s 39th AGM Bureau said Kenya was pleased with the rapid turnaround of the company which posted a profit in 2020 of $1.85 million and pledged further support.

Since its inception, Shelter Afrique has financed 114 projects in Kenya and approved financing in excess of $225 million.

The contribution moves Kenya’s shareholding further ahead of Nigeria and Africa Development Bank which now own 13.71 percent and 13.25 percent, respectively.

Shelter Afrique aims to approve funding worth $1billion over the next five years for project financing, institutional lending and social housing
Business
1 year ago

Overall shortage of housing in Africa is estimated now to be 56 million housing units.
Business
1 year ago

The mortgage firm is targetting an improved balance sheet position to boost its return to the corporate bond debt market as it seeks to prop up project financing.

The firm was last in the corporate bond market in 2013 with a five-year issue which it defaulted due to financial hurdles that saw it sink into a loss position.

This forced the firm to write to the Nairobi Securities Exchange (NSE) seeking permission to restructure $50 million of its debt to avoid a possible default.

Last year, the firm announced plans to unveil 'class C shareholders' which include institutions drawn from outside the continent including sovereign countries and multilateral lenders such as the French Development Agency (AFD).

Speaking in Nairobi, Shelter Afrique’s CEO Andrew Chimphondah thanked Kenya for its unrelenting financial and diplomatic support that has seen the company achieve its turnaround plan in time.

“We are grateful to the Kenya government for its continued support and the importance it has placed on affordable housing,'' Chimphondah  said

'The amount brings the total additional capital receipts to $18.02 million within the last six months of 2021.

Shelter Afrique shareholders signed up to recapitalize the company by way of additional equity subscriptions in the capital calls of 2013 and 2017.