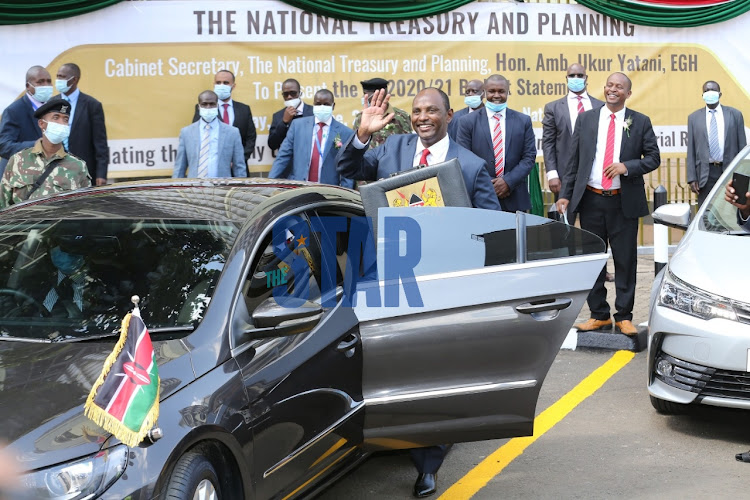 Kenya's plan to transform Nairobi into a financial hub is on course with the public now being asked to give their views on the draft regulations.

In a notice, the Nairobi International Financial Centre  (NIFC) said the regulations will provide operational and administrative guidelines of the financial hub which was established in 2017.

This was after President Uhuru Kenyatta signed the Nairobi International Financial Centre Act, providing the legal framework to facilitate the development of an efficient and globally competitive financial services sector in Kenya.

''The NIFC invites members of the public and stakeholders to make submissions on the regulations to facilitate the review and finalisation. Comments should be submitted by July 16,'' the notice read in part.

The NIFC, which Kenya has been on the cards since 2008, is meant to cement Nairobi’s status as the region's financial capital.

It will among other things lead to the establishment of a clearinghouse for the Chinese Renminbi with an eye on the booming trade between China and African states.

Although Vision 2030 pointed to Mauritius and Seychelles as potential models for the Kenyan IFC, the National Treasury technical committee also visited Dubai, Qatar, South Africa, Malaysia, and the UK.

A decision was finally made to follow the hybrid model, the same used in Qatar, which allows selected local investors to access the IFC on a par with foreign investors.

While the government and investment experts have welcomed the financial hub, tax justice crusaders are of a contrary opinion, with most concerned that it could turn Nairobi into a tax haven.

According to Tax Justice Network, the proposed NIFC is no different from what was set up in Ghana a decade ago.

''The implication for Kenya in establishing a perceived platform for financial crimes is risking reputational damage,'' the organisation says in one of its research papers.

''This is compliance with international best practice on financial transparency requirements will send warning signals to other countries when it comes to the implementation of the NIFC since it gives way for money laundering and financing for terrorism,'' TJNA said.

Last year, Kenya's financial sector was ranked among the most secretive globally, according to a report by Tax Justice Network.

The sector has been ranked the second most rigid in Africa after Algeria and among the top 30 in the world in the latest Financial Secrecy Index of 2020.

The annual index scored Kenya's secrecy rate at 76 per cent, meaning the country is a fertile market to stash ill-gotten private financial wealth and other illicit financial flows (IFFs).

Kigali, along with Lagos, is counted as an “associate centre” which does not yet meet all the criteria to be on the full list.

An International Financial Centre is a concentration of a wide variety of international financial businesses and transactions in one location.