This comes amid increased global production and oversupply.

•The high supply of teas and exports by key global producing countries has affected the overall prices.

•Production of the green leaf in Kenya has also gone up. 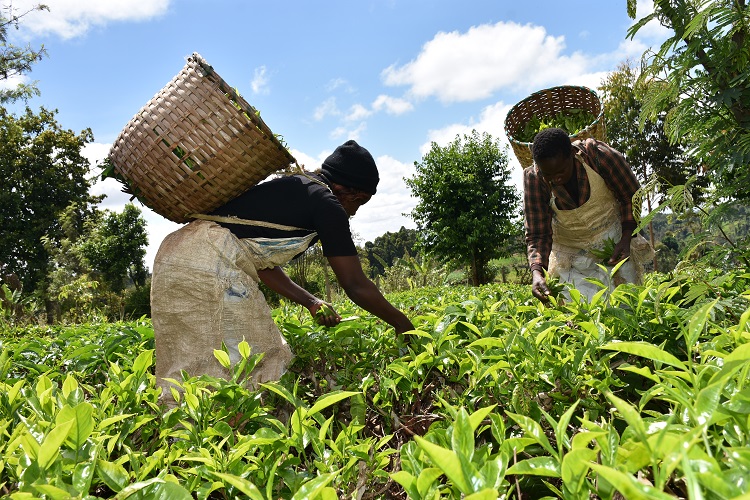 Average tea prices at the weekly Mombasa auction have remained below the preferred 2-dollar mark for nine weeks running, amid increased global production of the commodity.

This week, the commodity averaged $1.83 (Sh195.22 ) a kilo at the auction which is one of the largest in the world where teas from Kenya, Uganda, Rwanda, Tanzania, Malawi, Ethiopia and the Democratic Republic of Congo are traded.

The commodity has only fetched a 2-dollar overall average once this year at the hammer which came in the second week of March, when a kilo sold for an average Sh213.36.

This week's auction was marked with increased and strong inquiry from Egyptian packers with more support from Sudan while Yemen and other Middle Eastern countries lent more interest.

“UK increased activity but operated at lower levels with Kazakhstan, other CIS states and Russia active. Pakistan packers and Bazaar showed good interest but at lower rates with selective support from Afghanistan while Iran were more selective,”EATTA managing director Edward Mudibo notes in the report.

Local packers showed less interest on account of price. Somalia was active at the lower end of the market, EATTA says.

Last month, Kenya Tea Development Agency noted persistent high production and a global oversupply, which it said had pushed down the average tea prices for its managed factories.

The low prices so far signal low earnings for farmers, who last year were cushioned by a stronger dollar against the shillings as prices remained low.

Last year, average tea auction prices fell by six per cent compared to the previous year, blamed on the high production and a depressed market occasioned by the pandemic.

The government is currently pushing for reforms in the sector, which it believes will improve farmers' earnings.

This is the third year in a row that prices have declined due to global supply surplus.
News
1 year ago
by MARTIN MWITA Business Writer
Kenya
08 May 2021 - 11:45