Only those found to be non-compliant shall be subjected to full verification fees.

•The port has attracted at least three shipping lines in the past one week. 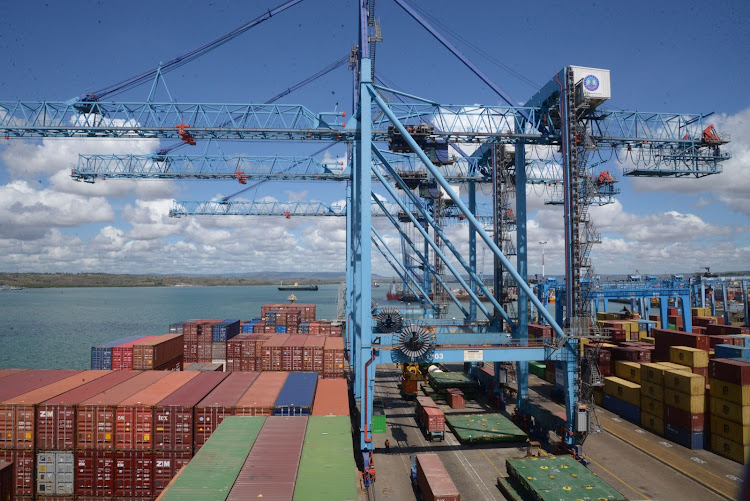 This comes as the Port of Mombasa continues to record good performance with the facility attracting new shipping lines.

The authority has done away with its previous attempt to impose a blanket charge for verification of containers, which was opposed by clearing agents and shippers last year.

Containers that are subjected to verification and found to be non-compliant or mis-declared shall be charged full verification fees, acting managing director Rashid Salim said.

A penalty fee on mis-declaration as per the prevailing tariff shall be imposed, Salim said, as the government moves to heavily punish evaders and curb cheats denying Kenya Revenue Authority (KRA) taxes.

“Containers that are subjected to verification and found to be compliant or no penalty by KRA is raised shall not be charged verification fees,” the notice on verification of containers targeted by KRA reads in part.

Also, no charges will be applied to containers targeted for sight and release.

According to KPA, the notice which is effective April 25 follows government reforms on the ease of doing business geared towards addressing bottlenecks of doing business in the country and reducing costs to importers and exporters.

In February last year, an attempt to introduce verification charges of $120 on a twenty-foot container and between $160 (Sh17, 292) and $200 (Sh21, 616) for 40-foot containers was opposed by the Kenya International Freight and Warehousing Association (KIFWA) and the Shippers Council of Eastern Africa (SCEA).

KRA , Kebs and other government agencies traditionally call for full verification after suspicious results during scanning.

Importers with a history of contrabands also have their containers stripped to curb tax evasion and illegal imports.

According to KPA, an average of 200 to 300 containers are verified every day when the port facilities are operating optimally.

Among most verified is consolidated cargo where an assortment of goods is packed in one container for shipment.

Unscrupulous traders have been using the model to stash contrabands or mis-declare goods, a common way of evading the rightful taxes payable on certain goods.

While Kebs has contracted independent firms to conduct pre-export verification, where certificates of conformity to standards are issued at the point of origin, suspicious cargo is subjected to full verification.

Meanwhile, the Port of Mombasa has received two maiden calls in the past five days implying its attractiveness to major global shipping companies.

These are container carrier MV Ever Unity, the largest vessel in terms of capacity to call at the Port of Mombasa this year, and new Gold Star Line (GSL)’s MV Cimbria with a carrying capacity of 2,826 TEUs.

The vessel (MV Cimbria) is currently at the Port of Mombasa after a voyage of nine days and12 hours, originating from the port of Port Klang, Malaysia.

It is discharging 553 containers, loading 400 empties and 16 full containers at the Port of Mombasa.

Japanese container transportation and shipping company–Ocean Network Express (ONE) has also introduced a new weekly service from China to East Africa, calling to the ports of Mombasa and Dar es Salaam.

“In addition, ONE will provide their own containers to customers to ensure cargo can be loaded and shipped on time,” East African Commercial and Shipping Limited told the Star.

KPA management has called on shipping lines to embrace Lamu Port set to be commissioned later this year, with the authority targeting to make the new facility a transshipment hub in the region.