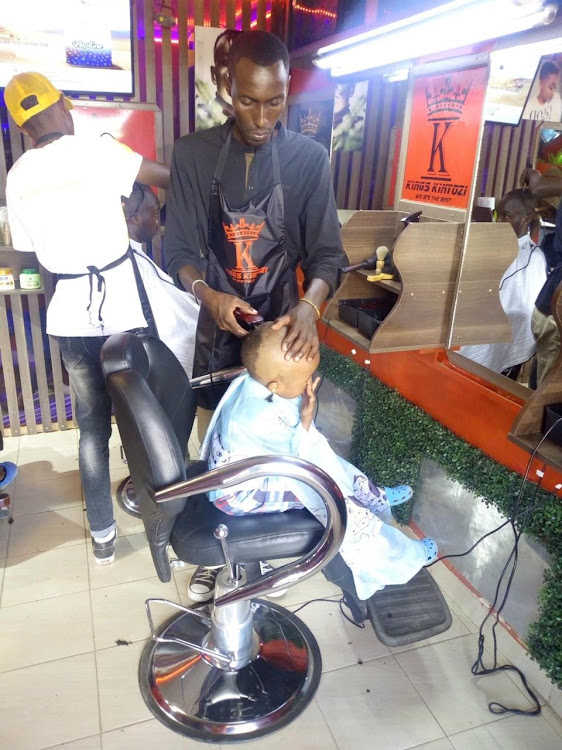 SLUMP: A barber at Kings Barbershop in Mwiki on Sunday. They complained of very low business following the coronavirus pandemic
Image: AKELLO ODENYO

The High Court has blocked the Kenya Revenue Authority from levying the minimum tax introduced by the government last year.

Justice George Odunga sitting in Machakos said enforcement of the new legislation stands to kill businesses and livelihood of millions of Kenyans operating small to medium enterprises which are the majority of the business.

“The death of a business is certainly not a damage that can be remedied by way of damages. That is why it's in the interest of Justice that this court intervene to preserve the business and livelihood s of the petitioners,” Odunga ruled.

The order will remain in force pending a petition filed by registered officials of the Isinya East Sub County Bar Owners Association.

Minimum tax is among tax provisions in the Finance Act 2020 that took effect on January 1, 2021 and was to be charged at the rate of one per cent of the gross turnover.

The payment was to be made on or before the 20th day of each period ending on the fourth, sixth, ninth and 12th month of the year of income.   The first installment was due today.

The tax was to be payable by all persons regardless of whether or not they make a profit.

According to KRA, the new tax  aimed at bringing more enterprises into the tax bracket despite their financial status.

The High Court order comes as a reprieve to Kenyans who have protested online, with many saying they do not understand how it works or even how it is to paid.

“I need clarification please. If my sales for the first quarter are worth Sh100,000 with a net loss of Sh5,000 do I still owe 1K in taxes?,” Edwin Kiarie tweeted to KRA.

The Kenya Revenue Authority through its Twitter page responded that if gross turnover is Sh100,000 with a net loss of 5,000 the minimum tax will be 1,000.

Maureen Kili, who runs a food stall in the CBD, said she is not aware of the minimum tax  Which one is that,""she posed

Joseph Mutuku  who runs a wines and spirits shop in Juja while aware of the tax was shocked to learn that that he has to pay even if making losses.

“Business isn't good but I understand I still have to pay 1 per cent of gross sales, I hope my business survives this current taxation measures,” said Mutuku.

Josephine Mwende, owns a tours company, is aware of the minimum tax but had forgotten the deadline.

After the High Court ruling the sigh of relief was visible on the social media.

Ahmad Salim tweeted that prayers are answered in various forms in relation to the minimum tax case.

The court order comes barely a month later after retailers and manufacturers sued the State over collection of the one percent tax on gross turnover.

The Kenya Association of Manufacturers(KAM), Retail Trade Association of Kenya  and Kenya Flower Council argued that most companies were reeling from Covid-19 effects and the new tax might lead to closure of more companies, which are already making losses.

According to the Finance Act 2020, the minimum tax will only be payable where it exceeds the instalment tax
Business
3 months ago

A tax expert at Consulting firm KPMG has opposed the Government's proposal for minimum tax at a time when  businesses globally are grappling with the ...
Business
11 months ago

One per cent minimum tax had been introduced last year,
News
4 weeks ago

Smallholder tea farmers to lose over Sh754m in new tax

The newly introduced Minimum Tax came into effect on January 1, 2021.
Business
4 months ago

They say the new tax will have an adverse effect on businesses
Business
5 months ago
by SUSAN NYAWIRA AND SUSAN MUHINDI
Kenya
20 April 2021 - 04:00