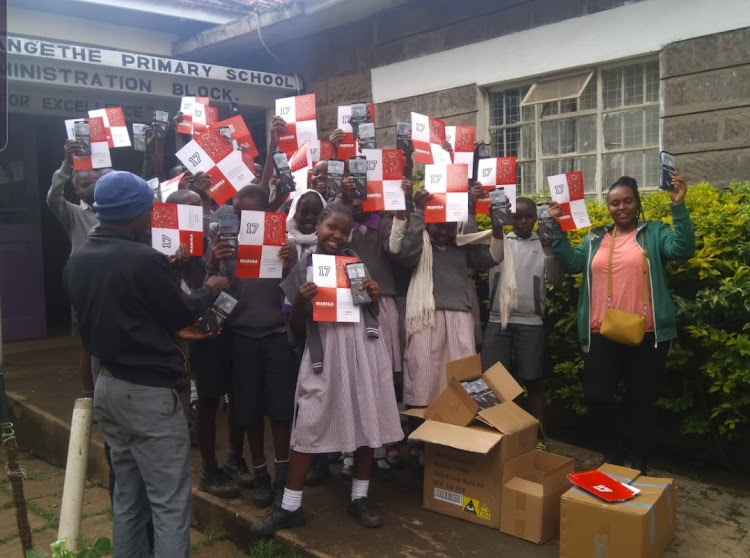 The third term of every school year was normally 'high season' for most stationery shops as they would cash in on the national examinations taking place to sell success cards.

In 2020 however this was not the case, as the Covid-19 pandemic hit the world and this saw disruptions in every sector, the education sector not being spared.

When the first Covid-19 case was announced in the country in March, President Uhuru Kenyatta suspended learning in all institutions to curb the spread of the disease thus disrupting the school year.

In the beginning of October, the long holiday for the candidates was over as the Education Cabinet Secretary George Magoha announced a phased reopening of the schools for Class 8, Form 4 and Grade 4 to finish their second term.

In normal times, that period was when people would be purchasing the success cards as the traditional exam period runs from October to December, but this are uncommon times.

The Class 8 and Form 4 candidates then went back to school after the December holiday to finish their third term and are now set to start their exams this coming week on March 22 and March 25 respectively.

The Nairobi CBD downtown, is where it was most busy during the exam period as there are many stationery shops and hawkers the streets awash with success cards of different shapes and sizes.

However a spot check by the Star yesterday revealed little or no activity at the shops.

Riward investments shop along River road just had the last dozen of some A5 success cards.

“This exam season the owner did not stock up on many success cards as the first batch we had did not sell as the precios times,” said James Wamalwa, one of the shop attendants.

Wamalwa said the owener opted to stock on more regular stationery despite it being the exam period.

Just along the same street is Wajohn investments, here they still have a lot of stock and customers are also trickling in.

According to Lucy Mukami, one of the shop attendants, they are getting customers but not as many as other previous years.

“I think most of our customers are not are it’s exam time since its's February and not the traditional schools’ third term,” she said.

Mukami also noted that despite the business not being that bad, they do not have a lot of stock.

“We were used to ordering the cards by August in anticipation for October but this year due to the Chinese lunar year in February we couldn't make very early preorders as our main source of the cards is China,” she said.

For Mary Njeri , a businesswoman who buys the cards at wholesale and then vends to her clients business is low this year as she has not been getting many orders.

Njeri also noted digitisation that has slowly been shifting people’s interest from physical cards to electronic ones, meaning more people are choosing to send the sucess messages through electronic phones.

Despite the low and uncommon success card business this season, we wish all candidates all the best in their exams.