• KBL has called on registered farmers to plant and called on new farmers to express interest in joining the contract farming programme. 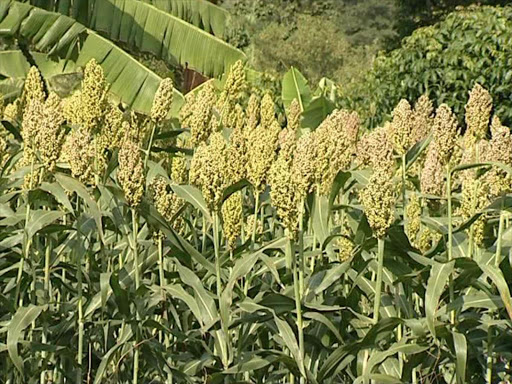 Kenya Breweries has revised its grain demand for sorghum and barley to 40,000 tonnes.

This is almost double the volumes projected in August during the Covid-19 restrictions.

The move follows the easing of measures such as the reopening of bars and restaurants by the government.

The brewer has urged its registered farmers to plant and called on new farmers to bid for its contract farming programme as it offers them a  ready market and pre-agreed prices..

He said the company welcomes farmers with disability to join the programme.

"In March 2020, we kicked off a project for inclusion of famers with disabilities in Homabay County, western Kenya in partnership with SightSavers," he said.

He said the disability programme attracted 39 farmers with a total of 76.5 acres put under white sorghum for use in the production of Senator Keg beer.

The official said during the restrictions due to Covid-19, the economic hurdles depressed the brewer's sales and in turn caused a shrink in their grain demand.

Kiniti said despite the challenges, KBL honoured all the contracts and payments for the financial year 2019/2020, purchasing approximately 45,000 tons of barley and 32,000 tons of sorghum.

"We also promised to review our grain demand upwards once trade was reopened warranting a greater supply from farmers as the demand for our beer grows”, Kiniti said.

Reaffirming its commitment to locally sourced sorghum and barley, the raw materials for brewing, KBL has called on farmers living with disability to join the programme.