The country has over 68, 000 small scale cashew nut farmers.

The cashew nuts crop was once vibrant in the coastal region. 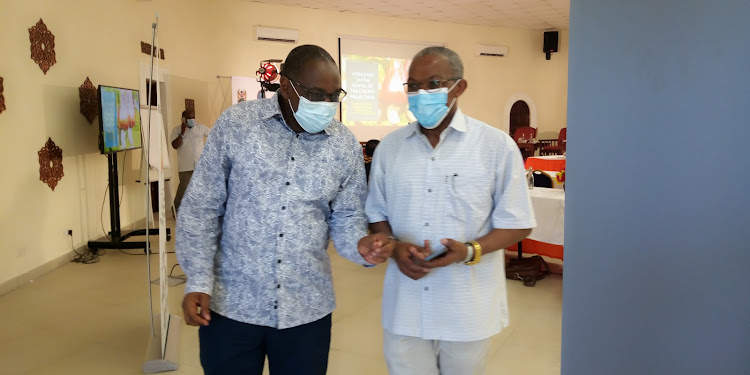 The government is putting in place measures to revive the cashew nut industry in Kenya.

Principal Secretary for Agriculture Hamadi Boga said they are currently working on the necessary measures to increase production to more that 200,000 tonnes annually.

"Before this plant used to produce 30, 000 tonnes annually but with the new technology and skills we can exceed Tanzania's 300, 000 tonnes, " he said.

This follows years of decline in yields due to inappropriate agricultural methods, ageing trees, lack of market and poor regulatory policies.

He spoke on Thursday while launching a two-day stakeholder workshop on Cashew nut value chain in Ukunda.

Boga said after comprehensively collecting data from various stakeholders the state will embark on identifying ways to assist farmers.

The country has over 68, 000 small scale cashew nut farmers.

He said the government will help in replacing the old trees, issue farmers  with high yielding certified seeds and equip them with general skills on crop management.

Cashew nut farming  was once vibrant in the coastal region.

Boga said various stakeholders from six coastal counties and three others have been brought on board.

Boga called on  counties to avail at least one acre of land  to grow cashew nut seedlings. He said the government targets  three million seedlings annually.

"We are partnering with Tanzania which will distribute us with good seeds for cashew nut growth, " he said.