Those opposed to the reforms told off

•They said regulations introduced by Agriculture Minister Peter Munya would reform the tea sector and increase their earnings.

•Governor Ongwae said the reforms are geared towards repositioning the tea industry towards profitability and global competitiveness. 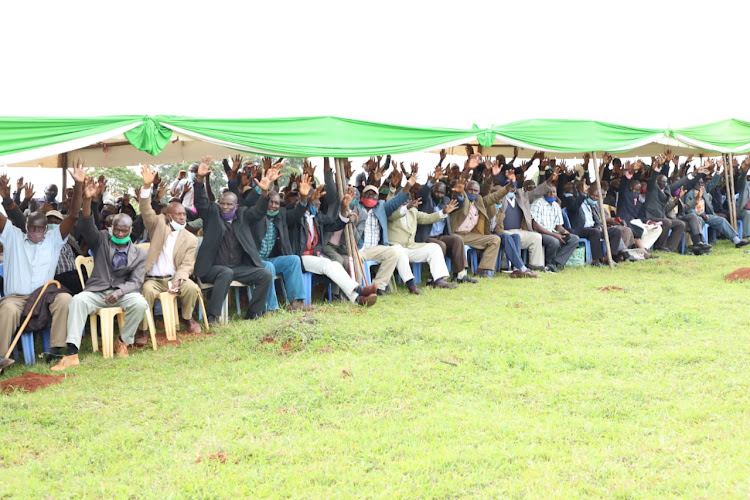 Tea growers and leaders from Kisii have supported regulations aimed at revamping the tea sector.

They said regulations introduced by Agriculture CS Peter Munya would reform the tea sector and increase their earnings.

Governor Ongwae said the reforms are geared towards repositioning the tea industry towards profitability and global competitiveness.

Ongwae noted that the reforms will address governance weaknesses, corruption and exploitation of farmers as well as conflict of interest in the management of the tea value chain.

He told those opposed to the reforms to cede ground.

“Farmers are tired of poor pay and we fully support the reforms which are aimed at streamlining the sector and increasing earnings. When the proposed regulations were brought to the senate, we passed them. The ball is now in the National Assembly,” said Omogeni.

Momanyi promised to rally her colleagues to support the regulations. “As farmers and leaders, we are pinning our hopes on the regulations to revamp the tea sector. Once the Bill is brought to parliament, we shall support it,” added the Woman Representative

Okioma said the aspirations and intention of the regulations were noble and will benefit smallholder farmers.

They spoke at Kisii Agricultural Training Center on Friday during a tea growers consultative meeting which was attended by Munya.

Munya said the reforms provide for the revival of the Tea Board of Kenya which will promote, regulate, and develop the production of tea in the country.

The Minister said he will not be deterred by those opposed to the reforms. “I’m under instructions from President Uhuru to reform the tea sector. After we are done with tea, we shall also move to coffee,” said the minister.

He added: “If we don’t reform this sector now, there is no future. That is why we have come up with the new regulations as envisioned in the repealed Crops Act. The era of cartels, conflict of interest and insider trading in the tea sector is gone.”

The reforms which include reducing the number of directors to three and the reintroduction of one man one vote will spur the sector.

“In the new reforms, all tea will be sold at the auction in Mombasa. There will no direct sales which will improve transparency. We also plan to blend our tea so that we give it visibility and identity,” said Munya. ends