•Jeff Bezos ,the worlds wealthiest man is worth $122 Billion(Sh 12 trillion). 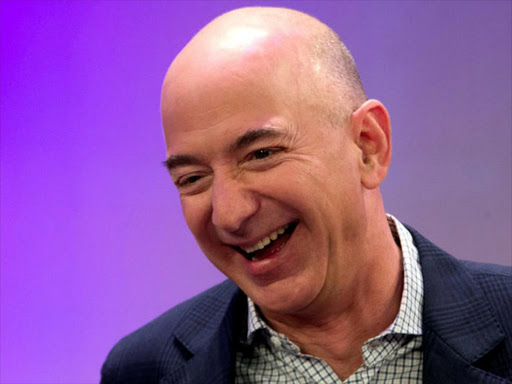 Jeff Bezos , the worlds wealthiest man is worth $122 Billion(Sh 12 trillion) more than Kenya’s Gross Domestic Product (GDP), according to the Bloomberg Billionaires Index.

Bezos founded one of the biggest e-commerce platforms, Amazon and is currently the CEO with a 12 per cent stake at the firm.

Amazon is one of the most profitable firms in the world recording $10 Billion(h 1 trillion) in net profit generating $230 billion(Sh 23 trillion) in revenue.

He is the founder of Microsoft, one of the world's largest software business.

The index revealed Aliko Dangote as Africa’s richest, he is worth $15.8 billion(Sh 1.58 trillion).

Dangote is a Nigerian billionaire businessman, and the owner of the Dangote Group, which has interests in commodities in Nigeria and other African countries.

Nigeria’s economy is the biggest in Africa as oil output from the country increased, with a GDP of $398 billion(Sh39.8 trillion).

According to the index, the top ten of the world’s richest men are worth $806billion(Sh 80 trillion), most of them are invested in the technology space.

According to Knight Frank’s wealth report more than 31,000 people joined the ranks of the “ultra-wealthy” last year as the fortunes of the already very rich benefitted from rising global stock markets and increased property prices.

The number of ultra-high net worth individuals (UHNWIs),those with assets of more than $30m (Sh 3trillion),rose by 6 per cent last year to 513,244.

Despite this, the countries with the fastest-growing numbers of ultra-wealthy are in Asia and Africa.

“2019 was a tumultuous year for many investors and pension funds, most of the very wealthy reported a bumper year for their personal fortunes,” said Knight Frank in it’s report.