• HassConsult said the occurrence caused by cheap finance is far off from being experienced in the country with its hard access-to-credit system.

• Hassanali said there is a prevailing high price tag on the mortgage and the interest rate cap making credit expensive setting the scenario at bay. 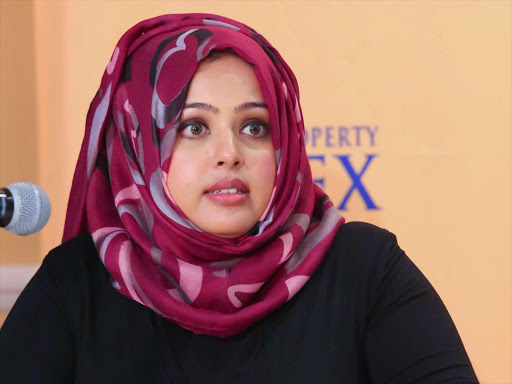 Investors in real estate and financiers can relax from scare of bubble burst in the sector.

According to real estate firm HassConsult head of development consulting Sakina Hassanali, the occurrence which is mostly caused by cheap finance is far off from being experienced in the country with its hard access-to-credit system.

Bubble bursting happens when there is lower demand of property hence prices declining tremendously. In this case, as she explains, housing market investors may acquire houses on paid mortgage for instance at Sh50,000 then rent out at Sh70,000.

However, as soon as there is an economic downturn, tenants are unable to afford, vacate hence affecting both the buyers and banks.

Hassanali said there is a prevailing high price tag on mortgage and the interest rate cap making credit expensive setting the scenario at bay.

Currently, mortgage is given at 11-12 per cent of the international rate of 4 per cent. This has seen cash buyers have a stronger position than mortgage borrowers as banks cut back on loans disbursed to the sector.

Similarly, only one to two per cent of Kenyans acquire finance from banks to buy property.

“Kenya is not in any risk of bubble bursting but on an economy slowdown leading to reduced liquidity therefore developers cut prices,” Hassanali said during the release of the firm's property price indices for the three months to June.

The effect in the market is also coupled by people investing in land and property and shying away from businesses or stock markets creating an oversupply.

During the period, market still reeled to see price reduce by 3.0 per cent. Price deductions were high in Juja with houses dropping by 4.1 per cent.

On the letting front, asking rents dropped by 1.9 per cent while detached housing segment dropped by 3.2 per cent.

“There has been an increase in distressed properties as reflected by advertised property auctions and sellers discounting terms suppressing prices and rents,” the index showed.

KBA attributed this to squeezed house budgets, cautionary stance of many households and difficult economic environment brought about by constraints in credit access.

“The dip is normal as the market has been affected by business and economic cycles including reduction in government expenditure,” Hassanali added.

In February, a property lawyer Suileiman Bashir told a local paper that the Kenyan market was not experiencing a bubble but the normal real estate cycles of rising demand, peaking market, falling market then bottoming out.

In the Hass Index, apartments rentals held up at an increase of 0.4 per cent led by Langata which recorded the highest increase in asking rents at 2.5 per cent.

Athi River had the best property market with apartment prices increasing by 2.8 per cent.

She argues the different segments would probably take the shape of such areas including Mlolongo, Athi River which had marked low returns in the last years but now have rising prices.