How English, French and Arabic easily blend in Algeria 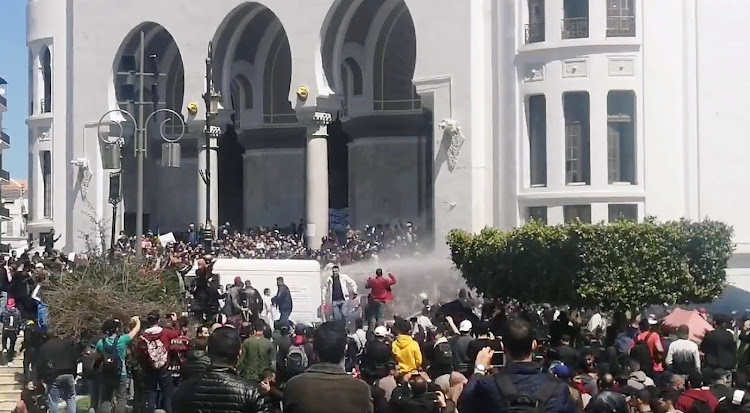 Last week in Algiers I had a unique opportunity to watch language in action. Our hosts were the most modern GSM network (arguably the most dynamic in the Mahgreb) called Djezzy. A business that’s been digitally transformed over the past 2 years. Using big data to assess subscriber habits, actively pushing new offerings, and re-engineer customer engagement. Meeting to mark recent success and prepare the way for a brand and culture programme that will put them beyond the reach of their competitors.

Algeria is a nation at a crossroads, reflected by the blend of languages in the room. French the historic business language; Arabic the language of the people. But ‘modern Algeria’ embraces English with enthusiasm as people aged under 30 strive to connect with the wider world. So, the leadership team addressed the room in French; but the underlying narrative at the tables was conducted in Arabic and English. Guests like me spoke in English and French. Quizzes, competitions and Q&A forums were conducted in a mixture of language and idiom facilitated by clever Apps that also kept a live record of engagement and comprehension levels. I would describe the whole thing as a digitally enhanced conversation.

But what struck me most was the social dimension. The day began with leadership team and guests lining up to shake hands and greet every one of the 350 participants. Within 40 minutes we were all connected, and everyone was smiling. The traditional politeness of the Arab world meant that everyone had looked everyone else in the eye and given them respect.

The CEO continued the move by talking very openly in ‘Ted Talk’ style about recent progress and the challenges ahead. Members of the audience asked him questions which he dealt with in his stride. Then each of his senior officers made their commitment to the audience – explaining how they and their teams intended to contribute to the next stage of the journey. They had five minutes each and, once again, questions from the audience were addressed with politeness and candour. Then followed guest speeches and panel discussions.

Adding an emotional fillip, the most famous footballer Algeria has ever produced, Antar Yahia joined us. This was no sponsored soccer star paid for brand association. He spoke with great humility and strength of feeling about how team culture beats technical skill hands down. The audience loved him. He stayed all day, talked with everyone and of course indulged every selfie request.

Most big meetings fill me with dread. But these eight hours passed without boredom or fatigue. Participants dispersed to spread the word to 3000 staff, right across the largest country in Africa. What a refreshing start to the year.

Chris Harrison leads The Brand Inside.