•Items on demand include sanitisers, wipes, foodstuff, and toilet paper 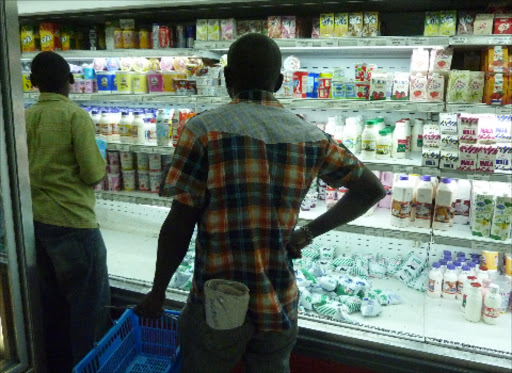 Alarmed consumers thronged markets across Africa on Tuesday, many in masks and gloves, to stock up as the coronavirus spread.

Food prices rose in some parts, though at least one country, Rwanda, sought to control the costs of staple foods.

“It is as if people are preparing for war,” said an astonished shopkeeper as Rwandans clamoured for rice, cooking oil, sugar, and flour at a market in the capital Kigali.

“Prices have gone up - but still they buy.”

Initially spared as the coronavirus battered China and then spread out, Africa has seen a rush of cases this month and governments are taking drastic measures to curb its spread. At least 33 African nations have now reported more than 599 cases.

For many Africans focused on surviving day-to-day, panic-buying was a privilege they could not join in with.

Speaking as shoppers in masks and gloves picked over items, he blamed wholesalers for the increases.

The trade ministry in Rwanda, which has seven confirmed coronavirus cases, fixed prices late on Monday for 17 food items including rice, sugar and cooking oil. But it did not specify punishments for price-gouging.

At the same Nyarugenge market complex in Kigali, 52-year-old shopper Beatrice was exasperated by the price rises.

She has no job and a child to provide for.

“I am here to buy rice but I can’t afford it,” she said, noting forlornly that rice had gone up even higher to 32,000 francs per bag by the time she was there.

“You can’t see your children go hungry. I will buy it anyway,” she said. “We don’t know when this coronavirus will stop. If I had enough money, I would buy a lot more food.”

Kenya, a relative economic powerhouse in East Africa, also saw a rush on shops after reporting its first coronavirus case on Friday. Within minutes, shoppers at the upscale Carrefour supermarket near the United Nations complex in Nairobi began piling trolleys with wipes, sanitiser, and staples like rice and long-life milk.

Tusky’s, another Kenyan supermarket, urged customers not to panic and this week launched a home delivery service.

Like Rwanda, Kenya stepped in to try and curb price rises.

Its Competition Authority ordered another chain, Cleanshelf Supermarkets, to refund customers for overpricing hand sanitisers. The firm blamed it on the action of one staff member.

“The recent experience is unjustifiable and we are very sorry,” said Veronica Wambui, head of sales and marketing, in a statement the company posted on Twitter.

From South Africa to Senegal, long lines snaked outside stores as families stocked up on essential health and food items from disinfectants to pasta.

Anna, the manager at Auchan supermarket in Dakar’s upmarket Mermoz area, told Reuters sales had doubled since last weekend. Hand sanitiser had run out and suppliers were struggling to fulfill orders, she said.

“The most sold items are pasta - people have taken everything!” she said, adding that prices had remained the same there, though many desperate shoppers were not even checking.