The firm also aims to increase growth and sustainability of Saccos in the country. 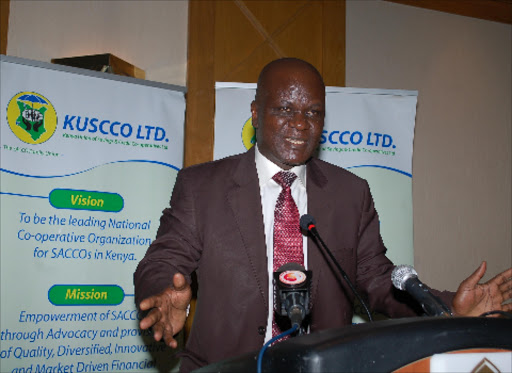 Fintech firm Kwara has acquired IRNET, a subsidiary software company of the Kenya Union of Savings and Credit Cooperatives (KUSCCO).

This, as it seeks to further its banking software solutions and mobile banking channels in the country.

Having acquired the subsidiary from KUSCCO at an undisclosed amount, the firm also aims to increase the growth and sustainability of Saccos.

This is through the partnership agreement that was reached beside the acquisition.

KUSCCO’s managing director George Ototo said both the partnership and acquisition agreement is a game changer in the management of Saccos going forward.

“The acquisition of IRNET and the KUSCCO-Kwara partnership will deliver to our thousands of Sacco members a secure and eﬃcient cloud-based core banking platform as well as modern mobile banking channels,” Ototo said.

He added that the partnership will propel the growth of Saccos through deposit mobilisation and digital member acquisition while addressing key challenges currently facing them.

These include costly digitisation, security concerns, and the digital divide between Saccos and their increasingly young digital savvy membership.

Since its launch in 2019, Kwara boasts over 120 Saccos which have embraced the firm’s core banking software as well as full digital banking channels, including mobile, USSD, agency banking, ATM and international remittance.

The firm, therefore, commits that the synergy between Kwara and IRNET will explore capabilities that will create a long-lasting relationship to beneﬁt and grow the entire Sacco sector in the country.

IRNET’s CEO, Patricia Mathiu said they are delighted to bring their cybersecurity and project assurance experience, as well as trusted Sacco relationships into Kwara.

“This aligns with the goal to accelerate digitisation at this opportune time when Saccos are poised to play a pivotal role in expanding the Kenyan economy through Micro, Small and Medium-sized enterprises (MSMEs),” she said

Over 1000 technology players are set to converge in Nairobi for the fifth edition of the Africa Tech Summit.
Business
4 weeks ago

Non-remittance of monthly deductions to Saccos  has affected the institutions from serving optimally.
Business
11 months ago
Post a comment
WATCH: The latest videos from the Star
by ALFRED ONYANGO
Business
13 January 2023 - 13:00
Read The E-Paper