Power generation capacity up 4% in 2022 on green energy drive

Compared to the same period last year, the country’s power plants had the capacity to generate about 2,971 MW 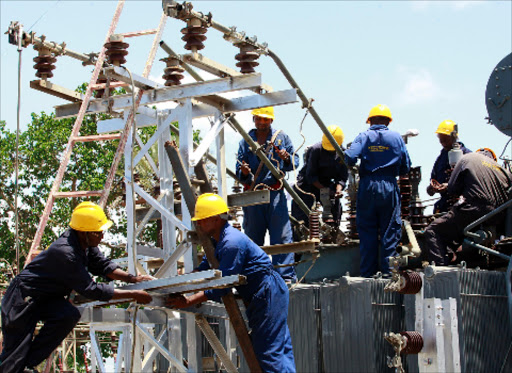 The country’s capacity to generate electricity in the year period ended June 30, 2022, increased by about four per cent to 3,074 MW on increased geothermal and solar installations.

Compared to the same period last year, the country’s power plants had the capacity to generate about 2,971 MW of electricity.

The latest Energy and Petroleum Regulatory Authority (EPRA’s) statistics report, notes that the increase was triggered by increased power demand and the government’s electrification plan.

In the year under review, geothermal capacity increased by nine per cent to 949 MW whereas the additional solar installations boosted its capacity by about 88 per cent to 170 MW.

However, the thermal power installed capacity reduced from 748.7 MW in June 2021 to 646.32 MW in June 2022 following the retirement of Tsavo Power whose power purchase contract lapsed in September 2021.

Increased installation is also to match the increased power demand mostly during peak hours which occurs between 1930hrs to 2030hours across the country, the report reads in part.

Early this year, the regulator noted that the country’s electricity access stood at 76.49 per cent with 8.2 million consumers lit up.

It noted that this was a big boost towards the attainment of Vision 2030 which seeks to transform Kenya into a newly industrialised, middle-income economy.

During the review year, 703,331 new customers were connected, bringing the cumulative number of connected customers to 8,919,584 outlining a positive trend in the electrification strategy.

Therefore, power producers had to increase the electrical energy delivered to the national grid.

Hydro and geothermal were the major energy sources with a combined contribution of 66 per cent while wind and solar accounted for about 19 per cent.

Contribution from wind and solar sources increased by 352 GWh and 225 GWh respectively.

The country also recorded about a 72 per cent increase in imported energy which stood at 337 GWh in 2022 up from 196 GWh the previous year.

With the electricity sub-sector recording improvements in the year under review, the country's leading power producer, KenGen managed to record a net profit of Sh4.7 billion on revenue growth which grew by 7.5 per cent to Sh49.2 billion.

The producer has also developed a 10-year plan that will see 3,000 MW added to its current energy mix with at least 66 per cent being geothermal.

It also plans to continue the drilling initiatives in the horn of Africa as part of a diversification strategy to power the revenue mix.

E-mobility is also part of the company's agenda.

The three-year project has started in earnest, with the company buying four electric units.
News
2 months ago

The energy producer has exploited about 0.9GW of the 10GW geothermal potential so far
Business
1 month ago

This is more than double the Sh1.8 billion posted by the company over the same period in 2021
Business
2 months ago
Post a comment
WATCH: The latest videos from the Star
by ALFRED ONYANGO
Business
10 January 2023 - 19:00
Read The E-Paper