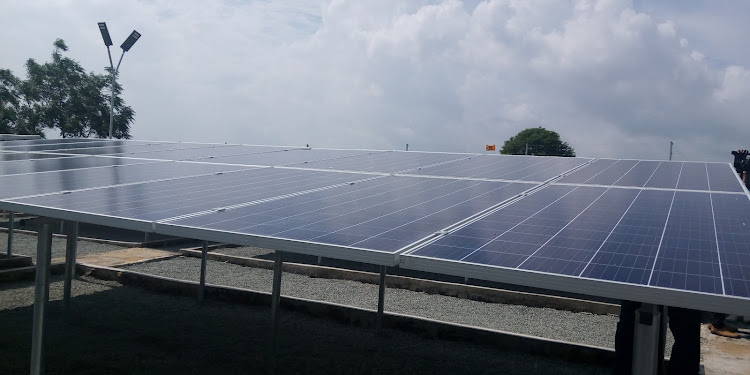 Electric power sourcing from solar in the country has increased by almost 218 per cent in the eight months to August this year compared to the same period last year.

According to the latest country’s economic update by the World Bank, local electricity sourcing from solar had more than doubled this year from 2021.

This reflects the nation’s move towards adopting renewable sources of energy in line with the global drive to mitigate the effects of climate change.

It also points towards the increasing number of Kenyans mostly in remote areas who are opting for solar energy rather than connecting their households to the country’s electrical grid.

Data by Centurion notes that Kenya has installed solar capacity ranging from four to eight MW, making it one of the most active commercial photovoltaic system market places in the developing world, ranking second only to India.

“As of this year, approximately 200,000 rural homes have been equipped with solar home systems and the country sells between 25,000 and 30,000 photovoltaic modules each year,” says the report.

Despite the sales prediction of the total photovoltaic capacity to reach almost 750 kWp in 2002, they have climbed by about 170 per cent in a period of eight years.

However, Kenya’s energy sourcing is dominated by bio-energy at about 65per cent of total primary energy supply.

Oil products account for about 16.9 per cent while renewable energy sources such as wind and solar provide 15.2 per cent and to a lesser extent, coal and hydro-power produce about 1.9 per cent.

In the last two decades, power access has expanded substantially in Kenya reaching more than three quarters of the population.

The Rural Electrification Authority’s last mile connectivity project had further intended to achieve the universal access by end of 2022.

Generally, Kenya generates more than 75 per cent of its electricity from renewable sources primarily geothermal power and hydro-power.

This due to the strong solar output, coastal breezes and the geology in specific locations of Kenya hence solar, wind and geothermal energy all have significant potential.

As a result, the region is attracting foreign investors who view wind and solar energy as viable options for rural electrification.

It has also enhanced the region's top rank recognition in the use of renewable and clean energy in the Horn of Africa by the International Energy Agency (IEA).

This is part of the global BAT Group's sustainability strategy.
Business
2 months ago
Post a comment
WATCH: The latest videos from the Star
by ALFRED ONYANGO
Business
10 December 2022 - 06:03
Read The E-Paper