It will engage mentors from Kenya and Germany to tutor, train and networK young jobseekers in the country. 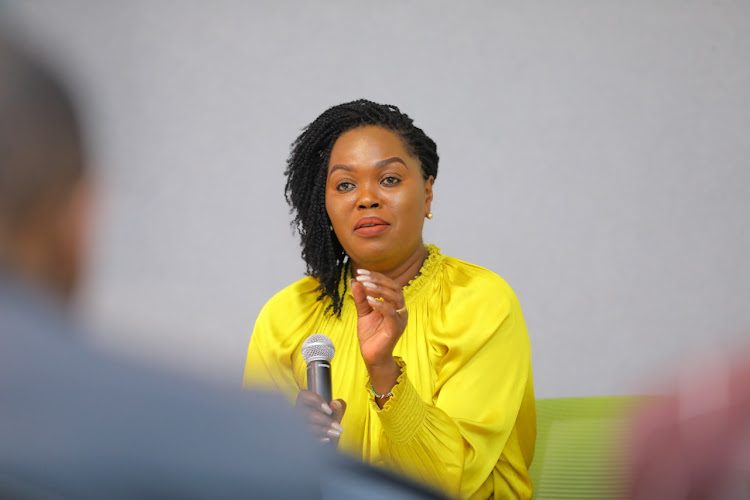 Country Programme Lead, MentorMe Kenya, Salline Handa speaking during the launch of the programme in Nairobi on September 20, 2022
Image: HANDOUT

Youths entering the job market as well as managers of SMEs will have a platform for sessions on mentorship to boost employment and entrepreneurship opportunities in the country.

Dubbed MentorMe Kenya, the programme seeks to engage mentors from Kenya and Germany to tutor, train and network with a large number of young jobseekers in the country.

Data by the Federation of Kenya Employers (FKE) shows about one million young Kenyans join the job market each year.

Out of almost 15.2 million youths in the country, eight million are employed and 1.2 million are unemployed. A concern that is often overlooked, is that of the six million inactive youth.

The programme seeks to remedy the non-ending gap by linking the jobseekers to a variety of mentors who will equip them skills-wise and give them access to an international outlook of the diverse economic sectors.

Speaking during the launch, MentorMe Kenya country programme lead Salline Handa said the mentees will be accompanied by their mentors for a period of ten months during which it will be free for the one-year period ending June next year.

“The programme uses an algorithm-based digital platform to create perfect matches based on needs, requirements and expertise. It will be conducted through regular monthly exchanges via Zoom, Skype or in person on site,” Handa said.

“It will also offer a community of learning across the two countries through events, training and networking that will be offered.”

MentorMe founder Karin Heinzl noted the organization’s plans and vision for establishing its operations in East Africa lauding the success that the initiative is likely to actualize.

He added that they are excited to establish a presence in Kenya to mirror the achievements of the programme in Germany of career development and business growth.

“Mentorship is about more than encouragement, it is a practical guide on how to define goals, where to source for relevant funding, where to find accessible learning tools for specific sectors and forecasts on emerging areas of disruption.”

The programme is also targeting 300 owners of SMEs and 200 job seekers to gauge the progress feedback in aiding its upscaling plans.

It further aims to embrace women's inclusivity in efforts to realise almost 40 per cent of women in the campaign.

The initiative will be will be done by the Deutsche Gesellschaft für Internationale Zusammenarbeit (GIZ).

This is to enable the ministry to align the laws to the new working realities and forms of work.
Business
5 months ago

Africans petition for 15 million jobs to be created annually

While 10 to 12 million youth enter the workforce each year, only 3 million formal jobs are created, leaving more than half of the new entrants into ...
Business
5 months ago
Post a comment
WATCH: The latest videos from the Star
by ALFRED ONYANGO
Business
20 September 2022 - 18:00
Read The E-Paper