End of subsidy will have a ripple effect, says researcher

• A senior researcher from Tegemeo Institute says adapting IMF recommendation to end fuel subsidy by October this year will push cost of food up.

• But prices of food, especially maize are likely to stabilise between now and October due to the little harvest from the South Rift. 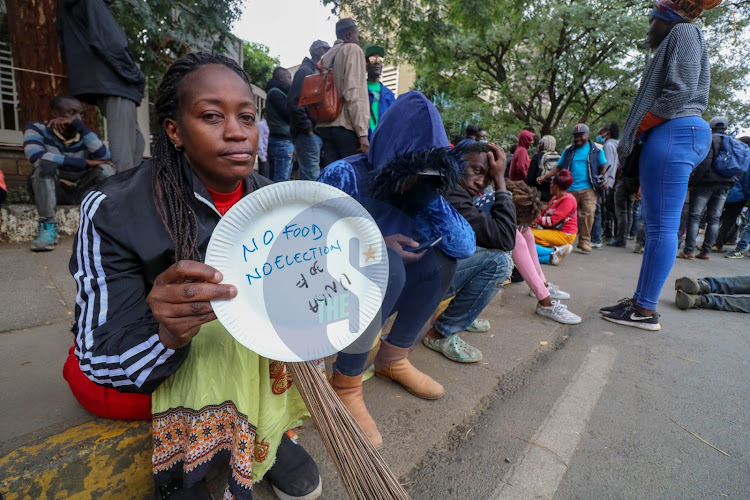 A woman holds a plate labeled the expected prices of household commodities during a protest outside the State Law office and department of Justice along Harambee Avenue Nairobi on July 7, 2022 during the annual Saba Saba protest.
Image: /WILFRED NYANGARESI

Food prices are expected to increase in October if the fuel subsidy comes to an end as recommended by the International Monetary Fund (IMF).

Timothy Njagi, a senior researcher from Tegemeo Institute has said if the Government adapts the IMF recommendation to end fuel subsidy by October this year, the move is likely to push the cost of food up.

“Between now and October, prices of food, especially maize, are likely to stabilise due to the little harvest from the South Rift. But the key determinant of the cost of food will be fuel. The end of the subsidy will have a ripple effect,” he said.

IMF report stated that the authorities intend to continue gradually realigning domestic to global fuel prices in FY2022/23 so as to eliminate the fuel subsidy by October 2022.

"They are committed to preserving achievement of FY2022/23 fiscal objectives by aligning the pace of the domestic price adjustment to  reduce the cost of subsidies,''IMF said.

It added that Kenyan is identifying budgetary offsets through rephasing of domestic, non-priority capital spending to keep the net cost of subsidies within available fiscal space.

According to the Energy and Petroleum Regulatory Authority (EPRA), the Government has since April last year spent an average of Sh7.65 billion monthly to subsidize diesel, super and kerosene.

The authority said the subsidy was aimed at cushioning a hike in petrol prices to Sh209.70 per litre and diesel at Sh193.70 in Nairobi from July 15.

While speaking to the Star on Wednesday during an interview, Njagi said the IMF recommended that the Government puts to an end the fuel subsidy as of October 1, 2022, because it was not sustainable.

The researcher said without the subsidy, the projected cost of fuel will go up by more than Sh20 per litre, and this will have an effect on the cost of electricity which will then increase the cost of food.

“The move will affect many things including the cost of processing food and electricity and if this goes up, you can expect food prices to continue increasing,” said Njagi.

“But if the Government manages to get funds to maintain the subsidy this will prevent the prices from going up,” he said.

Njagi said maize harvesting in the South Rift region of Western, parts of Narok and a few pockets of Central has been going on since July and will go on until the end of this month.

"But this may not have a big implication on the maize and maize flour prices because it is not much, but the North Rift harvest from the main grain basket areas in Rift Valley will help to stabilize or lower the costs,” said Njagi.

The Kenya Food Security Monitoring Committee report indicated that commodities such as maize, wheat, rice, and beans are expected to be in surplus up to the end of September.

• Unga is currently costing Sh230 • Assorted flour has run out of market
Business
1 month ago
Post a comment
WATCH: The latest videos from the Star
by AGATHA NGOTHO Science Writer
Business
25 August 2022 - 04:00
Read The E-Paper