This as he hands over to John Ngumi as Safaricom director and chairman of the board.

•Joseph has impacted Safaricom since its inception through several leadership positions.

•This as he hands over to John Ngumi as Safaricom director and Chairman of the Board. 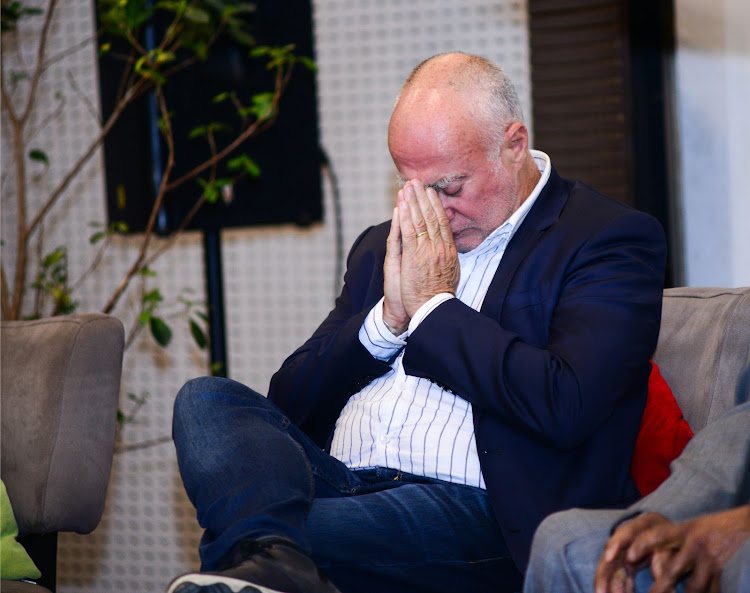 When you mention the name Micheal Joseph what comes to the mind of many people is the brand Safaricom.

The founding CEO who would later come back as the chairman is finally taking a back seat in active leadership of the company.

His relationship with Safaricom dates 22 years ago when the company came to being.

He is credited for building a strong brand that has stood the test of time to become one of the leading telecommunication companies in the region, with its impact being felt across the globe.

Joseph was Safaricom's Board director, then back to CEO after the untimely death of Bob Collymore in 2019.

Finally as chairman of the board, a position he has has held since August 2020, after the retirement of Nicholas Nganga.

An electrical engineer, Joseph helped transform the telco from a subscriber base of less than 20,000 to over 16.71 million during his previous tenure as CEO.

In his last full year as CEO Safaricom posted a 37 per cent rise in pretax profit.

Joseph also presided over the company during its IPO in 2008 and pioneered Kenya’s successful M-Pesa mobile money transfer system.

At present Safaricom is 35 per cent owned by South Africa’s Vodacom and controls about 62 per cent of Kenya’s mobile market with 30 million subscribers. Vodafone Group has a five per cent stake.

Leaving top leadership of the Nairobi Securities Exchange listed firm is not an easy step for him, he said on Friday.

Effective Monday, August 1, corporate mogul John Ngumi will take over as Safaricom PLC director and chairman of the board.

During the telco's annual general meeting for shareholders on Friday,  Micheal Joseph said he had to step down for several reasons including to focus on heading Kenya Airways.

"Obviously this is not an easy step for  me, I have been in Safaricom for more than 22 years and will continue to be involved as long as I am allowed to be," he said.

He will however remain a director on the board in the next few years subject for approval.

In his last speech to Safaricom's shareholders as chairperson, Joseph said the decision to step down was solely his, but reached after lengthy consultations.

"I consulted widely including discussions with our main shareholders, the government of Kenya and Vodacom, Vodafone, the board and of course our CEO," he said.

He added that it was important for him to participate in Kenya Airways journey to realising a pan-African airline, expected to be realised next year.

"I'd like to devout more time to Kenya Airways during this critical time to ensure we continue the work of restructuring and refinancing, in order for KQ to remain on the journey to profitability in the next few years," Joseph said.

Even so, Joseph said Ngumi is capable of leading the company to  achieving its  objectives.

Ngumi also sits on the airline's board.

“John Ngumi is highly experienced and has been closely allied with Safaricom since its inception, including arranging our first bond and staying close to Safaricom," Joseph said.

He added: "I will of course assist in the transition, but I am very confident that John is the right chairman for the company, to take us into the future.” he said

In his 35 year stint career,  he has established himself as East Africa’s foremost corporate and investment banker, working with local and international corporates that have an East African regional presence.

Ngumi currently serves as board chair at the Industrial and Commercial Development Corporation, which is leading the effort to implement the Kenya Transport and Logistics Network.

His experience is expected to help Safaricom's management, through the board, in making informed decisions even as it expands into the region, with major investments in Ethiopia.

Early this month, the telco announced it will start commercial services in in the region's most populous country in August.

It has been under pressure over failure to meet a previous launch target of April 2022.

The firm has however said it is on course to a phased launch of its network and services in the country.

It is currently conducting tests to ensure the provision of quality services.

The phased commercial launch will commence from August 2022, switching on the network in 25 cities across the country by April 2023.

In April, Safaricom reached an agreement with Ethio-telecom to share cell sites, interconnection and tower assets in Ethiopia.

Since the granting of the licence in July 2021, it has invested in network and building infrastructure.

These include its own mobile radio towers and national transmission network.

John Ngumi takes over from Michael Joseph as Safaricom chairman

The company also announced the resignation of Secretary Mdlalose Sitholizwe.
News
1 week ago

Joe Ogutu to remain head of Safaricom foundation as he retires

He was part of the team that coordinated the company’s bid for the second telecommunications license in Ethiopia.
Business
3 months ago
by SHARON MAOMBO Business Writer
Business
29 July 2022 - 17:00