Government seeks to increase sin tax on beer by 10 per cent and 20 per cent on spirits.

•There is also a proposal to impose 15 per cent Excise Duty on advertisements for alcohol.

•The distributors told Mps increasing the taxes would negatively affect the sector that is barely recovering from the impact of Covid-19 pandemic. 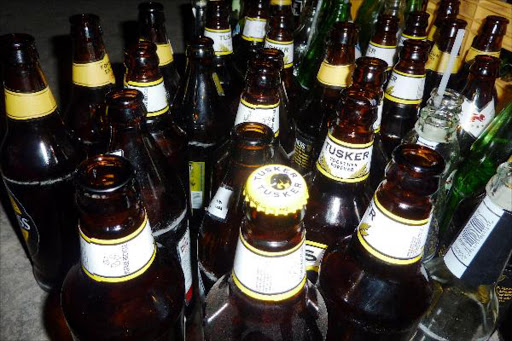 Bottles of beer on a bar table.
Image: FILE

Beer distributors have asked parliament to reject the proposal to increase taxes for beer, spirits and locally manufactured glass.

The distributors told Mps increasing the taxes would negatively affect the sector that is barely recovering from the impact of Covid-19 pandemic.

"It should not be business as usual” as they consider the Finance Bill in their last days before the House adjouol increased so much that the President had to intervene through the estabrns indefinitely ahead of the General Election,"they said at a press conference in Nairobi.

The proposal is contained in the Finance Bill 2022 which seeks to increase Excise Duty on beer by 10 per cent, on spirits by 20 per cent and on locally manufactured glass by 25 per cent.

There is also a proposal to impose 15 per cent Excise Duty on advertisements for alcohol.

"The proposed increase is ill-informed and untimely as it will ultimately increase the cost of doing business for the entire sector and affect the entire supply chain from farmers, transporters, manufacturers, distributors, bottle makers, consumers, and retailers,” the managing director of Rwathia Distributors, Maina Gikonyo said.

Gikonyo cautioned high taxes would result in an increase in prices that are likely to drive down demand for legal alcoholic beverages and affect a sector that is yet to recover from the wounds of similar actions in the past.

“In 2015, for example, an ill-advised move to increase tax on sorghum-based beer destroyed a value chain that resulted in the loss of lives and livelihoods. The consumption of illicit alcohol increased so much that the President had to intervene through the establishment of a multi-agency task force,” he noted.

The Finance Bill is currently undergoing scrutiny by the Finance and National Planning Committee of the National Assembly as MPs count down their final month in the House before they break for the campaigns.

Will make products out of reach for the majority.
Business
1 month ago