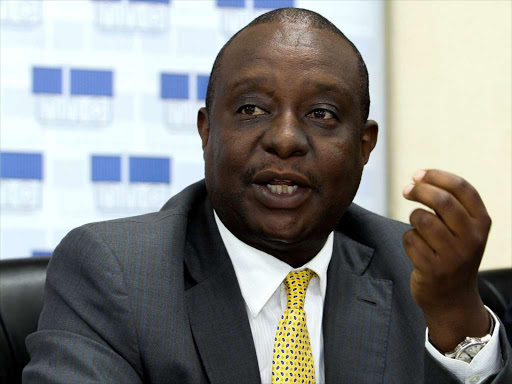 The taxman is likely to miss revenue collection targets by a wider margin this year, further jeopardizing the government’s fiscal plan.

Statement of Actual Revenues and Net Exchequer Issues published last Friday in the Kenya Gazette shows the taxman received Sh1.289 trillion in taxes by end of May.

This is Sh315 billion short of Treasury's revised target of Sh1.605 trillion for the financial year ending this week.

This leaves the taxman with a nearly impossible task of meeting Treasury’s target considering it has been collecting an average of 117.1 billion per month for the past 11 months.

Treasury had initially hoped to collect Sh1.69 trillion in taxes before revising downwards to Sh1.605 trillion as a result of bleak corporate earnings and job cuts due to limited economic activities.

In January, Rotich warned KRA against missing income tax collection targets, noting that Treasury had given the tax authority everything they needed.

"We have given them the mandate to collect revenues and they have to deliver. We have played our part by allocating adequate resources to the agency, Rotich said.

The exchequer had received total revenue of Sh2.31 trillion by May 31, slightly Sh200 billion less compared to a target of Sh2.58 trillion.

Treasury is expecting KRA to collect Sh1.8 trillion in the financial year starting July 1. In 2017/18, the tax missed collection target by Sh45 billion and Sh50 billion in 2016/17.

While revenue collection is in the negative, government's expenditure has grown, a move that recently forced Parliament to adjust 2018/19 budget upwards by Sh80 billion, with days left to the end of the financial year.

The recurrent budget took the bulk of the amount, leaving only Sh1.24 billion to development projects.

Today, the government is expected to clear the first installment and interests of the inaugural Sh200 billion Eurobond taken in June 2014.

Treasury had disbursed a total of 56.5 billion to pensioners by end of May, almost Sh30 billion less of the end of year budget of Sh86.25 billion.

Ministries and institutions are also affected by low revenue collection. They had received a total of Sh1.81 trillion by the end of May against an allocated budget of Sh2.25 trillion. Counties are worst hit by the cash crunch.

According to the Statement of Actual Revenues and Net Exchequer Issues, devolved units had received only Sh263.3 billion a month to the end of the financial year against an allocation of Sh329.3 billion.

This despite Treasury slashing the budget by almost Sh10 billion from the initial Sh338.3 billion in January.