Ready for the 21st Century

• Unless we have new products, new teaching approaches, research, and processes, then we are likely to do the same things we have done over and over.

• Doing the same things over and over will not bring any change. 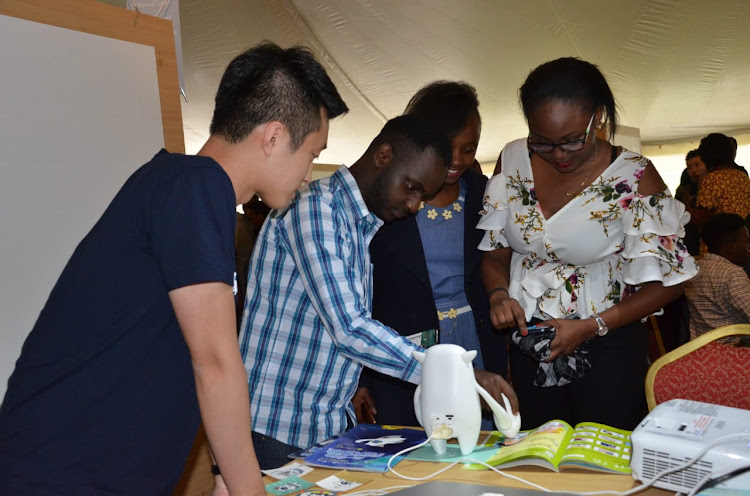 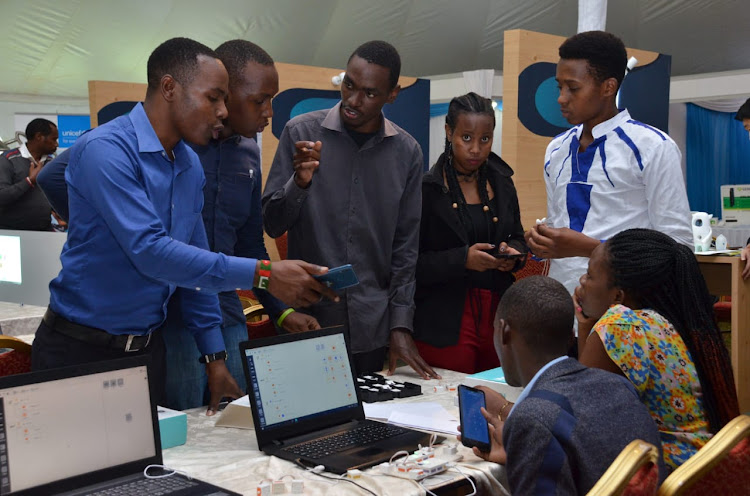 Nairobi Innovation Week, a child of The University of Nairobi, has recently celebrated five years in existence.

The annually celebrated tech week, designed to support and accelerate the innovation and entrepreneurship ecosystem in the region, has come of age, attracting global giants interested in trying out their ideas in the Kenyan market.

More than 40 international companies and stakeholders such as Microsoft, Cisco and other global companies who are in Kenya, the Kenyan public sector, and local innovation stakeholders participated at the weeklong event.

This year, some 10 Korean tech firms made the journey to Nairobi, hoping to clinch partnerships with local tech hubs and firms and provide solutions for Kenyans and the world.

Among some of the activities was a hackathon where Korean internet of things (IoT) products were showcased. A hackathon is a competition where innovators are tasked to organize teams and develop new ideas within a given timeframe.

One such company, DOT, wants to solve mobility problems for the blind, and have come up with a smart watch to help.

“We have partnered with Safaricom to launch the Dot watch last year. You can read all your notifications on your smartphone such as M-pesa,” said Ah Rum Choi who is the director of social impact at Dot.

“We also want to provide a dot mini blind school in Kenya to change improve literacy levels, help the blind go to university and get jobs too,” he said. The firm has already signed a partnership with Kenya Union of the Blind to help them build an assembly line and a factory for these watches.

Still in the stands was a fancy little robot, which could help learning of English. AKA Intelligence, showed tech products that can aid speaking, writing, and facial expression between human beings and objects, and among human beings, according to strategy manager, Shu Tsuyuguchi.

“We are showcasing a robot, Muse, that can teach English. You can talk to it just the way you talk to your friend,” he said in an interview. The robot, which helps the human to learn the language, engages a person in conversations such as talking about movies, or food.

“It has AI, so it will learn about you. It will remember all what you discuss,” he said. This was the group’s first visit to Kenya and Africa, with their main plan in Kenya being to supply Musio to as many schools, including special schools following a similar successful rollout in Japan.

Among their strategies will be to collaborate with local firms in the installation of the Muse engine to telecommunications companies, into tablets and other devices that can be used in learning. They have plans to build English academies so that children and other learners can teach themselves the language at their own pace.

GoTouch, a portable, easy-to-use device that instantly turns any TV or projector into a giant interactive whiteboard or a touch screen, enabling learning. Edward Lim, CEO of Anyractive, the makers of the gadget, said the device has been successfully tried out in several schools and companies across Korea, and its success is what motivated their visit to the Nairobi Innovation Week.

Another interesting exhibition was a coding robot. According to Jackie Lee, the CEO of Geni Robot, the gadget that costs Sh6,000 ($60) will enable developing countries learn coding at a cheaper, but faster speed.

Teaching coding is the trend in worldwide education. We are supposed to teach students how to think, in other words, we are to teach how to fish, then they can survive.

As the world embraces the fourth industrial revolution, through learning coding, he added that young people should be equipped for the times.

“Teaching coding is the trend in worldwide education. We are supposed to teach students how to think, in other words, we are to teach how to fish, then they can survive...so students have to learn coding,” Lee added.

In a tech space that seemed to dictate where Kenya and the world are, a software to teach children of ages five to 15 years the STEM curriculum, was touted as the curriculum that will get learners practice critical thinking, creativity, communication and collaboration, equipping them to compete globally. Neene Gachara, the manager at Tinker Education said, the children learn to solve problems, a key skill for the 21st century. It is taught through an e-learning platform, which has been created in EMCast, South Korea.

“Their education technology and expertise equips us to train our teachers and establish a standard that will ensure our young people are able learn STEM at par with what is being taught in America or the United Kingdom,” she said.

Another software to provide smart education is the Luxrobo Company’s coding kits solution, which teaches software, including how to use internet of things (IOT). Doyeon Kim, the engineer who showcased the company’s products said this would be a good solution to push the manufacturing agenda in the big four agenda.

Cabinet secretary ICT Joe Mucheru reiterated government support for innovations that help government work better. He said the law gives intellectual property hence innovators should go ahead and present ideas that can be useful to Kenya.

"Unless we have new products, new approaches to teaching, research, and processes that we follow then we are likely to do the same things we have done over and over and then they don’t bring any change," commented Public service, youth and gender PS Margaret Kobia at a panel forum in the NIW.

A prototype was among innovations displayed at the UoN innovation summit.
News
1 year ago

Are Kenyans sitting on the next big thing in tech?

Most Kenyans think they are sitting on the “next big thing” in technology, a study by health and well-being company Philips study reveals. The ...
Sasa
4 years ago
STAR COMMUNITY POLICY AND PARTICIPATION GUIDELINES
by MERCY GAKII DEPUTY EDITOR BUSINESS
Business
22 June 2019 - 05:00