• The International Monetary Fund (IMF) has cautioned Kenya against adopting risk based lending, saying it provides loopholes for exploitation of borrowers.

• Kenya Bankers Association (KBA) and Central Bank of Kenya (CBK) have been fronting risk based pricing of loans to replace the law capping interests at four per cent above the CBK rate. 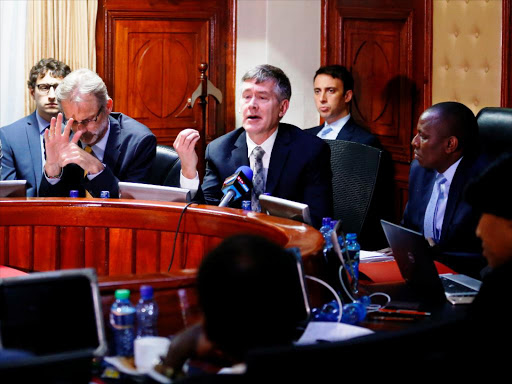 The International Monetary Fund (IMF) has cautioned Kenya against adopting risk based lending, saying it provides loopholes for exploitation of borrowers.

Kenya Bankers Association (KBA) and Central Bank of Kenya (CBK) have been fronting risk based pricing of loans to replace the law capping interests at four per cent above the CBK rate.

In a study on the effects of interest controls, with Kenya as a case study published late last month, the international lender has instead suggested a ceiling at a rate high enough to facilitate lending to higher-risk borrowers.

"Setting the lending ceiling in this manner would stop the most egregious forms of predatory lending, by providing a ceiling, but still provide sufficient margin to compensate for risks,’’ IMF said.

It notes that  the minimum lending rate imposed by Kenya left little space for banks to compensate for risks.

IMF proposes that the ceiling be set at the average of past monthly rates plus a margin. This margin would, however, need to be in the double digits to avoid rationing out high-risk borrowers.

Kenya risks losing investors and economic gains realised if the government does not contain runaway debt, the IMF has warned. International ...
News
4 years ago

In addition,  the lender asked Kenya to consider using other policy instruments, instead of interest rate controls, to increase financial access and address equity concerns related to the high profits of the banking sector.

"One of these is a more progressive taxation, both of personal income and excess corporate profits, could help avoid the distortions caused by the interest rate controls while dampening inequality,’’ IMF said in the report.

The report detailed how the interest control law in Kenya has dented the overall economy, asking other economies to desist from imposing floored or minimum caps on commercial lending rates.

The analysis in this paper suggests that interest rate controls have had an adverse impact on GDP growth, at between 25 and 75 percentage points on an annual basis.

According to IMF, the interest cap regime has seen banks reduce lending to risky portfolios like SMEs and the private sector general, key drivers of economy, providing 70 per cent of new jobs in Kenya.

‘’The law on interest rate controls has forced banks to adjust to a new environment of smaller interest margins. Bank profits are increasingly coming from fees and lending government, and less from interest income on private sector lending,’’ IMF said.

The paper also showed the increased divergence of inter-bank rates from the policy rates following the implementation of the interest rate controls which reduced the signaling effect of the policy rate as an indicator of the monetary policy stance.

The findings in IMF’s working paper are coming at the time High Court has given the Parliament up to March next year to review the interest cap law after terming the current law unconstitutional three months ago.

Post a comment
WATCH: The latest videos from the Star
by VICTOR AMADALA Business Writer
Business
05 June 2019 - 05:00
Read The E-Paper