• While Gigiri and Kitisuru have maintained the trees and green, leafy vegetation that once characterised the whole area, Ruaka has been stripped of this vegetation.

• This uncontrolled development in the past five years has had serious consequences. 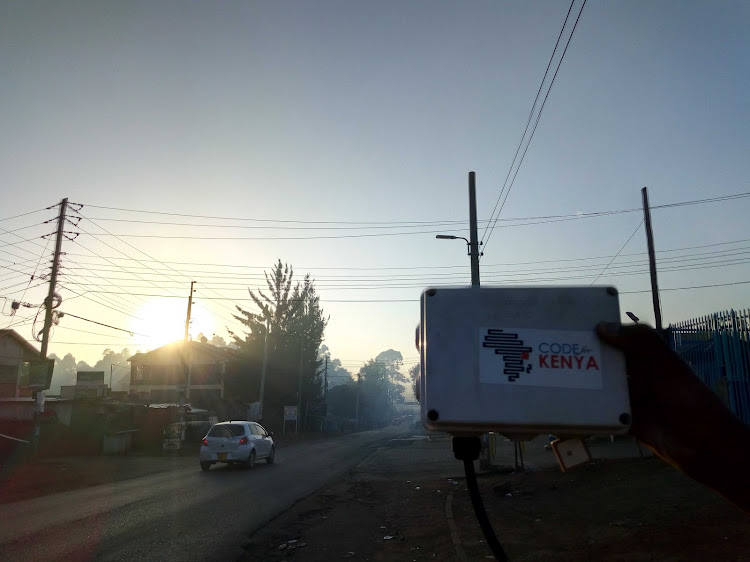 Once a small settlement on the Nairobi-Limuru road located north-west of Nairobi, Ruaka Town has grown exponentially due in part to its proximity to the larger Nairobi metropolitan conurbation, and has become popular with city workers looking for a convenient and accessible place to live.

Ruaka is located on the border of Kiambu and Nairobi counties, at the northern end of the Northern Bypass. It is bordered by Gigiri to the South and East, where the United Nations Office in Nairobi and a number of diplomatic missions are located, and Kitisuru, a high-end residential area, to the North-East.

While Gigiri and Kitisuru have maintained the trees and green, leafy vegetation that once characterised the whole area, the land where Ruaka lies has been stripped of this vegetation to give way to residential and commercial properties.

Previously, those driving past the town would feel the empty space where cows grazed and other domestic animals foraged, but that has since changed, thanks in part to the construction boom.

Growing demand for residential housing has given Ruaka a reputation for high rents, with a number of massive construction projects underway to put up luxury apartments. The pleasant weather, favorable landscape and proximity to Nairobi have made the area particularly attractive for young professionals looking for a place to live, and developers have tapped into this demand to build apartments and multiple dwelling units.

An inquiry in various apartment blocks established that rents have tripled on average and house sale prices have almost doubled since 2007 according to the Hass Q4 2018 Property Index, meaning that a house that you could rent for 10,000 shillings 12 years ago could command a rental fee of 30,000 shillings today.

In response to the growing number of middle-income residents with disposable incomes, Ruaka has also seen the establishment and expansion of shopping and entertainment venues in close proximity, such as the Village Market, Two Rivers Mall and Rosslyn Riviera, which have in turn driven up traffic in the area.

As a result, locals claim that many families that once lived in Ruaka have had to sell their ancestral lands to pave way for these luxury apartments, and the area has become a perennial construction zone.

This uncontrolled development in the past five years has had serious consequences.

The trees and other leafy green vegetation that previously characterized the area, and which can block air pollution from spreading, have been cleared to give way to apartment blocks, and this rush to make space for housing has worsened the levels of exposure to air pollution from the growing number of vehicles that pass through the town every day.

Data measured over a week in three areas - Ruaka, Gachie and Fourways Junction, shows just how poor the air quality becomes when forests and other leafy vegetation are cleared. Gachie, like Ruaka, is relatively devoid of tree cover, while Fourways remains relatively well covered by trees and other vegetation.

To measure the levels of pollution in the area, Code for Africa (CfA), a collaborative pan-African federation of civic data and civic technology organisations, collected data on air quality using low-cost sensors. These are part of the sensors.AFRICA initiative, which consists of a network of citizen science-focused environmental sensor projects. The initiative has been collecting data on air quality in three cities - Nairobi, Lagos and Dar-es-Salaam.

The objective of the sensors.AFRICA project is to address data gaps with low-cost sensors placed in communities and - with the help of citizens - measure, and monitor the quality of air, water, and sound pollution in their living and working areas.

For comparison, the average width of a human hair is 80 to 100 micrometers, meaning that these particles are difficult to see or even smell, and once they are inhaled, they can lodge themselves deep within the respiratory system, perhaps even getting absorbed into the bloodstream.

Fine particulate matter primarily from vehicle exhausts, burning of fuels such as wood, oil or charcoal, and natural sources such as forest and grass fires, and coarse particulate matter is mainly from soil, crushed rock, and construction activity. All these sources are prevalent in Ruaka, contributing greatly to air pollution in the area.

The World Health Organization’s recommended maximum levels for fine particulate matter (PM2.5) is 25 micrograms per cubic meter on average over a 24 hr period and 50 micrograms per cubic meter over a 24hr period for coarse particulate matter (PM10). From these readings, it was clear that Ruaka and Gachie come dangerously close to the recommended threshold, while Fourways remains relatively low.

The World Health Organization’s recommended maximum levels for fine particulate matter (PM2.5) is 25 micrograms per cubic meter on average over a 24 hr period and 50 micrograms per cubic meter over a 24hr period for coarse particulate matter (PM10). From these readings, it was clear that Ruaka and Gachie come dangerously close to the recommended threshold, while Fourways remains relatively low.

The data also showed peaks of PM 10 at 6 am, 11am and 7pm. These peaks coincide with the highest levels of traffic, as Ruaka resident Ouma Odhiambo confirms.

“Traffic is really heavy in the mornings, from around 6am, and it continues till about 10am”, Ouma says.

“This traffic is made worse by the fact that everyone leaves for home at almost the same time, starting with the school buses, followed by the staff buses, and then the private vehicles later on.”

A walkabout with a mobile sensor showed just how serious the levels of air pollution are in the area, with data collected along Limuru Road from Quickmart, down towards the Total Rosslyn petrol station, and back into Ruaka towards the Limuru Road - Northern Bypass junction.

These areas were chosen because of their diverse vegetative cover, in order to see if the presence of vegetation would have any impact on the levels of particulate matter.

From the findings, the areas with the highest particulate matter were inside Ruaka itself, with the junction of Kariuki Drive and Limuru Road, a common choke point for traffic, showing a reading of 461.73 for PM10 and 57.72 for PM2.5.

The second highest reading was at the junction of Limuru Road and the Banana-Raini road that passes through Muchatha, where PM10 was at 330.39, and PM2.5 was at 146.51.

The lowest readings from the walkabout coincided with areas that have trees and other leafy green vegetation.

The most immediate consequence of sustained exposure to these levels of air pollution include exposure to airborne pollutants such as nitrous and sulphur oxides, contaminated particulate matter, and volatile compounds that can be carried over long distances by the wind to surrounding residential areas.

The main wind direction will influence the area most affected by air pollution.

James Mungai, a cobbler in Ruaka Town, noted that the area is generally covered by a cloud of smoke and dust during the day, and this has greatly increased the number of times he and others he knows have either had to stay away from their places of business or go to hospital for medical attention due to respiratory illnesses.

“You can see how the trucks are speeding on this route. There are many cars now that Ruaka is becoming more affluent”, James says.

“The construction is making it worse. We have loose sand and dust along the road that is blown by the wind, so we have to get used to it, otherwise we will not survive,” he adds.

According to Grace Wanjiru, a grocer in Ruaka, she and other traders in the area often pour some water around their stalls to reduce the amount of dust that is blown away.

“Sasa tutafanya aje? Sisi tuko hapa kutafuta. Jua ndiyo hiyo kali, barabara imejaa vumbi, magari zinakimbia, sasa inabidi tu tuvumilie,” she said. (What can we do? We are here to look for opportunities. The sun is hot, the road is full of dust, the vehicles go by at high speeds, all we can do is to endure it.)

Wanjiru also noted that respiratory illnesses have become more common, adding that she can’t count the number of times she coughs and has difficulty breathing due to the dust.

James Bosire, a construction worker at one of Ruaka’s numerous building sites, on asked why they do not wear protective gear said for him all it matters that he gets to place a meal on the table at the end of the day.

He said due to the fact that they do not have a say in their working conditions, they accept whatever conditions they are presented with, even if it means putting their lives and health in danger.

“We don’t have aprons and helmets”, Bosire explains.

“We have asked for masks because there is a lot of dust being produced at this site but if you insist you are told to look for an alternative place to work.”

It is difficult to determine how many people in Ruaka have suffered from respiratory illnesses due to air pollution.

The public health officer at Kiambaa Sub County Hospital Chege Kibe told the Star that unfortunately there exists no data that can be used to ascertain whether the air pollution levels seen in Ruaka are causing actual harm to the area’s inhabitants.

According to Kibe, it is true that Ruaka is currently experiencing rapid growth, but there have not been any health complaints in the area related to respiratory illnesses specifically linked to air pollution.

Though he receives all the medical reports from within the Ruaka sub-county, he was not in a position to tell how many instances of respiratory and lung illness have been reported.

What is clear is that there is a need for accurate and reliable data on Ruaka’s air quality, which would then make it possible to put interventions in place and push policy efforts to reduce the threat posed to human health.

Keeping track of where the air pollution is most serious, as well as the times when this happens, is a matter of urgency, and this data can then be used to improve the overall well-being of the people living and working in Ruaka.

House prices increased marginally by 1.49 per cent in the last three months of 2018 to indicate a continuing turnaround effect on investment and ...
Counties
2 years ago
by PATRICK VIDIJA Investigative Journalist
Watchdog
14 March 2019 - 14:01