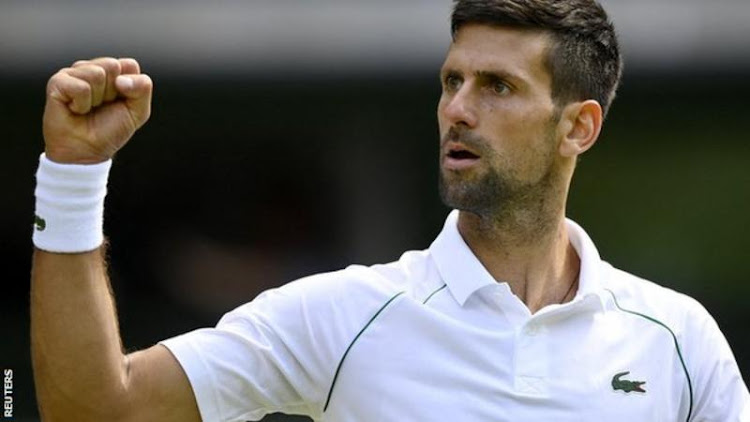 Novak Djokovic said talking to himself in the mirror when he was two sets down was the turning point as he beat Jannik Sinner to reach the Wimbledon semi-finals.

The top seed and defending champion, bidding for a fourth successive SW19 title and seventh overall, came through 5-7 2-6 6-3 6-2 6-2 on Centre Court.

"He was the better player for the first two sets," Djokovic said.

"I went out and had a refresh, had a toilet break, I had a little pep talk to myself in the mirror, it's the truth.

"Sometimes in these circumstances when not much is happening positively for you, sometimes these things are necessary. A little break to try and regather the thoughts and reassemble."

Djokovic was given a huge scare by Italian 10th seed Sinner, who initially rose to the occasion as he tried to reach a Grand Slam semi-final for the first time.

However, the 20-year-old faded in the final three sets as Djokovic improved after an erratic and subdued opening.