She had earlier beaten Great Britain's Given Roach 7-5, 6-4 in the second round having been handed a bye by the event organisers.

•She had earlier beaten Great Britain's Given Roach 7-5, 6-4 in the second round.

•The teen sensation lost to Aysegul Meert of Turkey 7-5 , 7-6 in a tough encounter in the Nottingham junior tennis tournament but has promised to bounce back 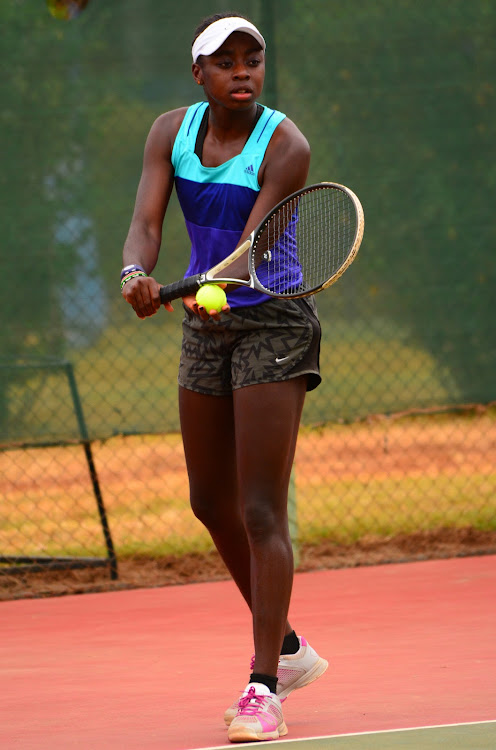 Africa Junior tennis champion Angela Okutoyi is keen to push aside Nottingham woes behind as she looks forward to next week's Roehampton Junior tournament.

The teen sensation lost 7-5 7-6 to Aysegul Meert of Turkey in a tough encounter at Nottingham but has promised to bounce back next week.

"The  match was  evenly balanced but I lost in the final few points of the set. But am not disappointed since there is another opportunity next week to do better," said Okutoyi.

She had earlier beaten Great Britain's Given Roach 7-5 6-4 in the second round having been handed a bye by the event organisers.

Okutoyi is using both tournaments as preparation for the Wimbledon Junior tournament which starts on the first week of July and the country's youngest Kenya Open champion believes one more week of training will sharpen her for the big event at the All England Club.

"The more matches on grass the better you become and with the help of the International Tennis Federation and its coaches, I will be in good shape," she said.

Okutoyi's coach Thuku Rogoi expressed satisfaction with her performance and said the best is yet to come.

"She is competing against top players in the world and she is getting better and better with every match played," observed Rogoi.

Okutoyi handed bye to second round of Nottingham Open

The Nottingham Open will be an eye-opener for Okutoyi, especially in terms of mastering the grass-court surface
Sports
1 month ago

Team Kenya had a dismal campaign finishing 20th out of 21 countries during the campaign in Lithuania losing all of its matches
Sports
2 months ago
by WILLIAM NJUGUNA
Tennis
25 June 2022 - 05:00