Sabalenka, Halep through to fourth round

The Belarusian, bidding to reach the semi-finals at Melbourne Park for the first time, recovered well to beat the Czech 31st seed 4-6 6-3 6-1.

•She will play Elise Mertens after the Belgian beat China's Zhang Shuai 6-2 6-2. 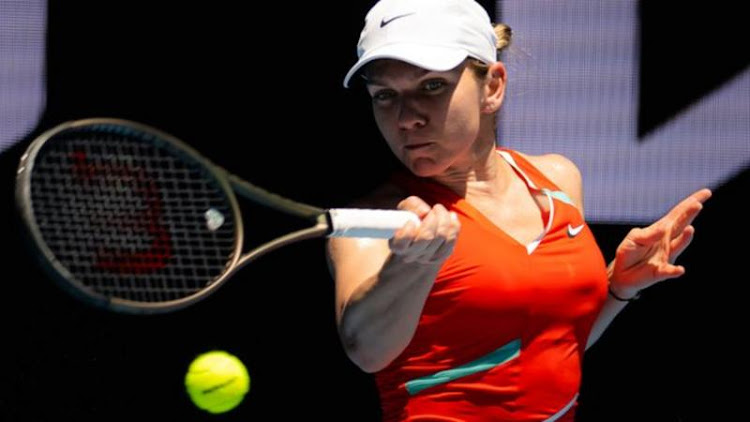 Simona Halep reached the final of the Australian Open in 2018, where she lost to Caroline Wozniacki
Image: BBC

The Belarusian, bidding to reach the semi-finals at Melbourne Park for the first time, recovered well to beat the Czech 31st seed 4-6 6-3 6-1.

She will face Kaia Kanepi next after the Estonian beat Australian wildcard Maddison Inglis 2-6 6-2 6-0.

Sabalenka had a breakthrough 2021, reaching both the Wimbledon and US Open semi-finals.

She has struggled on serve this season with 70 double faults in her previous four matches this year, including 31 in her first two matches at the Australian Open.

"I'm really happy right now and mostly happy that I made only 10 double faults," she joked on-court.

"I'll just keep working on my serve and keep hoping it gets better match by match."

Two-time Grand Slam champion Halep has had a more straightforward time at this year's tournament.

The Romanian 14th seed has won all eight of her matches this year and won the Adelaide WTA event in the build-up to a tournament.

Halep has lost just 12 games in her first three matches and has yet to drop a set.

"I always love to play in Australia so that's why maybe I play good matches," Halep said.

"It's super hot today. I did not look relaxed but I feel good and more confident now."

She will face Alize Cornet next after the Frenchwoman beat Slovenian 29th seed Tamara Zidansek 4-6 6-4 6-2.

"The Australian heat is brutal and I can't believe I won," Cornet said. "It was mostly about survival."

She will play Elise Mertens after the Belgian beat China's Zhang Shuai 6-2 6-2.

Raducanu raced through the opening set in 17 minutes, leaking only four points.
Sports
4 months ago
by BBC
Tennis
22 January 2022 - 10:53