Why Djokovic is such a polarising player

A court will decide on Monday whether to deport him — but whether he wins or loses his appeal, this week’s events have made him an even more divisive player.

• Djokovic later apologised, saying it had been “too soon” to hold the event but that the move had been driven by “a pure heart” and “good intentions”. 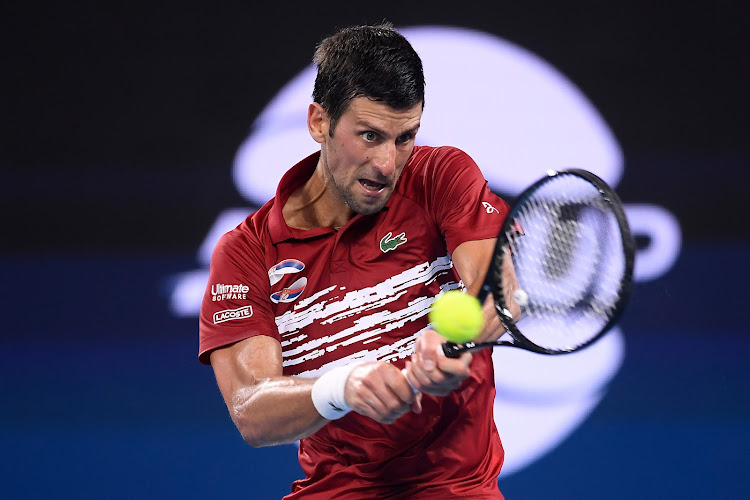 Novak Djokovic of Serbia in action during the ATP Cup tournament in Brisbane, Australia
Image: /REUTERS

Novak Djokovic often has to cup his ear to encourage a crowd to cheer for him.

He has won a record-equalling 20 men’s Grand Slam titles and is a world number one with jaw-dropping athleticism — but he is also one of his sport’s most polarising figures.

The 34-year-old Serb is currently sitting in a government detention hotel in Australia, waiting for his latest controversy to play out after having his visa revoked in Melbourne when he arrived to defend his Australian Open title.

A court will decide on Monday whether to deport him — but whether he wins or loses his appeal, this week’s events have made him an even more divisive player.

Just how has a boy who sheltered during the Nato bombing of Belgrade in 1999 become a player who has struggled to warm the hearts of so many?

‘You cannot make people love you’

When Djokovic faced Roger Federer in the 2019 Wimbledon final, an epic encounter was marred by booing of the Serb.

His misses were clapped and he was jeered in a partisan atmosphere more likely found at football stadiums than on Centre Court.

Djokovic saved match points and went on to win a classic final, with pundits urging fans to show more respect to a great player.

It is hard to know exactly why they did not — yes, the hugely popular Federer has a fanbase like no other, but Djokovic is also one of the sport’s greats. 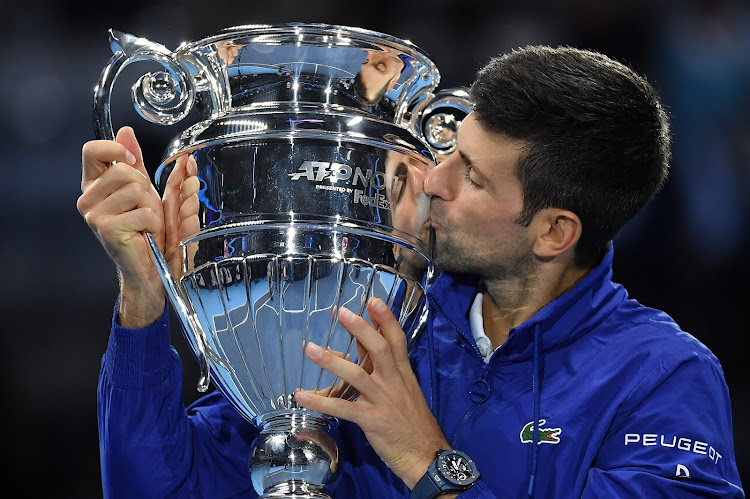 Serbia's Novak Djokovic celebrates with the ATP number 1 player trophy after winning against Norway's Casper Ruud during their single match of ATP Finals' first round at the Pala Alpitour venue in Turin on November 15, 2021.
Image: AFP

Does his way of celebrating wind people up? He does an extravagant gesture to the four corners of the court in gratitude — does that grate when you have been booing?

Or is it past on-court behaviour? He has repeatedly been accused by players of exaggerating injuries, including at last year’s Australian Open when Taylor Fritz said the Serb would have retired from their match if his abdomen problem was “really, really bad”.

Back in 2008, Andy Roddick poked fun at Djokovic by suggesting that among the many ailments bothering the Serb at the US Open might be bird flu, anthrax and SARS.

Or is it his flashes of anger on court? The most infamous of those ended with a default from the 2020 US Open when he accidentally hit a ball at a line judge.

His rants at umpires and ball kids over the years have also contrasted with the calmer demeanours of his nearest rivals Federer and Nadal, and the word “arrogant” is never far from the lips of his critics. It may be a mixture of all of it, but it is also worth considering what has happened off the court too. 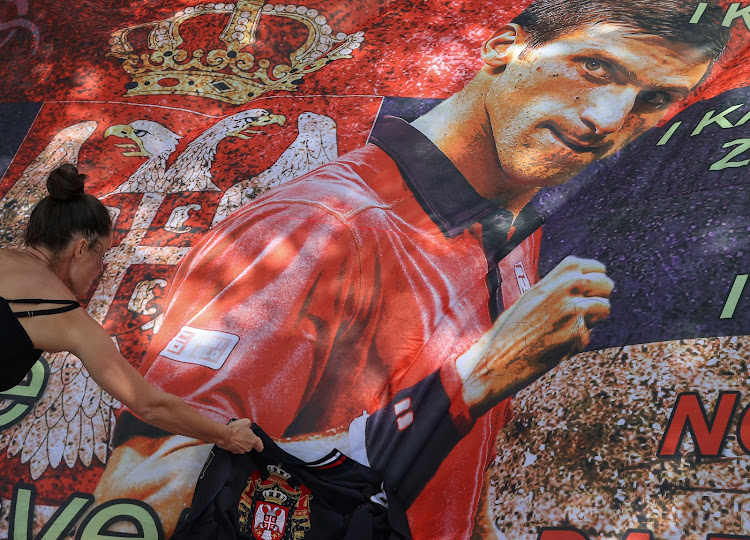 The scene outside the hotel where tennis player Novak Djokovic is believed to be in Melbourne
Image: REUTERS

Djokovic drew much criticism early in the pandemic when he was among several players who tested positive for Covid-19 at his Adria Tour event, where players did not have to social distance and were seen hugging at the net.

While lockdown rules in Croatia had relaxed at this point, there was still no vaccine. Britain’s Dan Evans said it was “a poor example to set” and Australian Nick Kyrgios described it as a “bone-headed decision” to play.

Djokovic later apologised, saying it had been “too soon” to hold the event but that the move had been driven by “a pure heart” and “good intentions”.

He again provoked frustration a year ago when he asked Australian Open tournament director Craig Tiley to relax quarantine rules, including suggestions such as reducing isolation periods and having players in quarantine moved to private houses with tennis courts.

Again, Djokovic pointed to “good intentions” and said his letter had been “misconstrued as being selfish, difficult and ungrateful”.

A spiritual and passionate Serb who wants to be liked

Good intentions are the principle behind his Novak Djokovic Foundation, which builds pre-schools and supports teacher training in Serbia to give “children from impoverished areas the chance to learn and play in a safe, creative and nurturing environment”, and is inspired by his war-torn childhood.

His country is at the heart of his motivation, having put playing for his national team alongside Grand Slams as his most important sporting aims, and he also loves handing out racquets to young fans in the crowd.

Djokovic fans — and you only need to be at a Serbia Davis Cup tie to know there are a lot of them and they are very vocal — celebrate the fact he has achieved huge success in an era where two other greats have also been playing — Federer and Nadal. 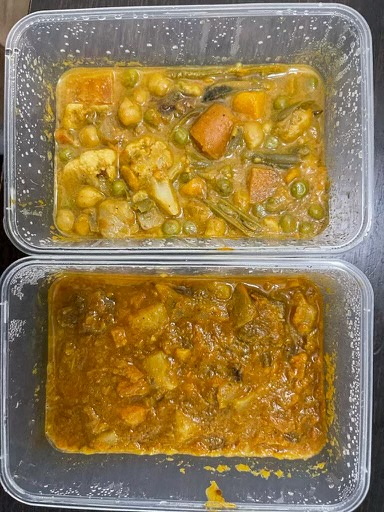 Food given at the Park Hotel where Serbian tennis player Novak Djokovic is believed to be held in Melbourne
Image: REUTERS

A highly spiritual person who practises yoga and meditation and follows a plant-based diet, Djokovic once put a revival in form down to a five-day mountain trek with his wife that resulted in back-to-back Grand Slam titles.

Nicknamed ‘The Joker’ early in his career when he used to do humorous impersonations of his fellow players, he is also desperate to be liked. Djokovic has never had the level of support enjoyed by Swiss great Federer and Spain’s Nadal, especially at Grand Slams, and particularly at the US Open where it has sometimes been hostile.

While he has often brushed off the boos, he could not hide the tears at last year’s US Open final when he said that even though he had lost the match he was “the happiest man alive” because of the love he felt from the crowd.

Serbian journalist Sasa Ozmo told BBC Radio 5 Live Breakfast there had been “unfair treatment” of Djokovic over the years, and that he “often made mistakes that gave ammo to the criticism”.

“But sometimes the things he has done that are very positive just don’t get mentioned often enough,” he said. 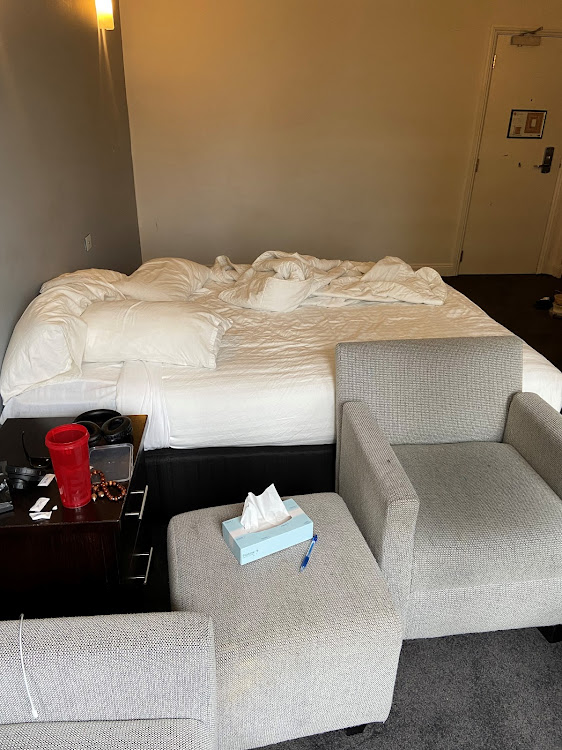 The inside of a bedroom at the Park Hotel where Serbian tennis player Novak Djokovic is believed to be held in Melbourne
Image: REUTERS

What love he may have gained in New York evaporated this week in Australia, when many locals were infuriated that Djokovic, who has said he is opposed to vaccination against Covid-19, had been granted medical exemption by two independent medical panels organised by Tennis Australia and Victoria state.

Australians have had to endure some of the world’s strictest restrictions — many still cannot travel between states or internationally — and viewed the situation as him being given special treatment.

Djokovic was held in Melbourne Airport for several hours before border officials announced he had not met entry rules relating to the exemption, and his Australian Open participation is in the hands of a court.

The ‘will he, won’t he be in Australia’ debate had dominated pre-season and while many have questioned his opposition to vaccination, the way in which he announced that he was on his way has been seen arguably as damaging.

Posting on social media to say he had been granted a medical exemption without giving the reasons has left fans, locals, politicians and fellow players wanting answers.

If he wins the appeal against deportation on Monday and can bid for a record-extending 10th Australian Open and record 21st men’s Grand Slam title, he will most likely be booed by home fans who have dubbed him ‘Novax’, and cheered by those waving signs of support outside the hotel where he is being held.

And if he loses the appeal, he is still likely to be cupping that ear again at his next event.