The Serbian suffered a crushing straight-sets loss to Russian Daniil Medvedev but the former Yugoslavia Davis Cup coach believes it will not derail the 34-year old's quest.

•"The Australian Open is his tournament and I am almost convinced that he will win a record-breaking 21st slam in Melbourne," Armenulic said

•The Australian Open, which Djokovic has won a record nine times, will be held from Jan. 17-30 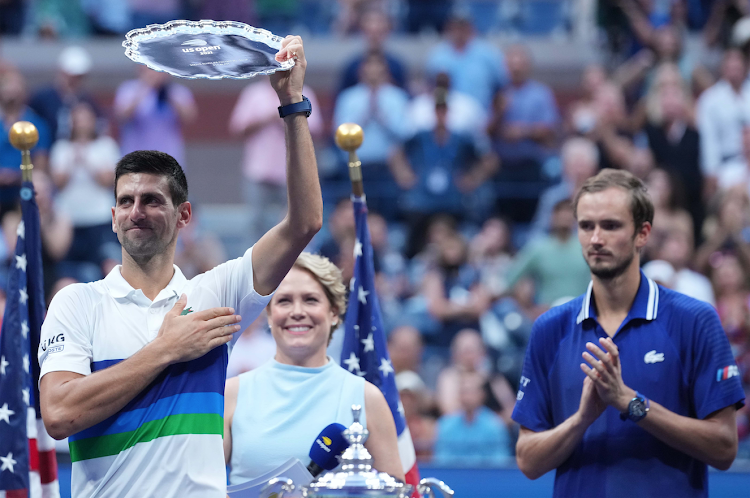 Novak Djokovic of Serbia holds the finalist trophy as Daniil Medvedev of Russia (R) watches during the trophy presentation ceremony after their match in the men's singles final.
Image: REUTERS

Djokovic suffered a crushing straight-sets loss to Russian Daniil Medvedev but Armenulic, who guided Yugoslavia to three Davis Cup semi-finals from 1988 to 1991, was confident it would not derail the 34-year old Serb's quest.

"I think he’s got two or three years left at the highest level and he has every chance of winning another three or four slams, which would be enough to make his tally unbeatable," said the 81-year-old Armenulic.

"His age will at some point undoubtedly become a factor and the younger contenders are at an advantage because they can still improve whereas all he can do is work hard to stay on his current level."

Djokovic is tied with Roger Federer and Rafa Nadal at 20 majors each and although Armenulic conceded the world number one was well below par in Sunday's final, he predicted Djokovic would nose ahead of his rivals at next year's Australian Open.

"Djokovic was under tremendous pressure from the Serbian audience and exhausted after the semi-final win over Alexander Zverev. He looked flat and didn’t move well on the court.

"Fans and media in Serbia practically demanded victory and it was clear from the start that he came into the match with so much weight on his shoulders. He couldn’t get it out of his head and it cost him the title.

"I am sure he will bounce back quickly. The Australian Open is his tournament and I am almost convinced that he will win a record-breaking 21st slam in Melbourne."

The Australian Open, which Djokovic has won a record nine times, will be held from Jan. 17-30.