Murray has not been in action since Britain's opening tie at the Davis Cup finals last month because of the pelvic issue. 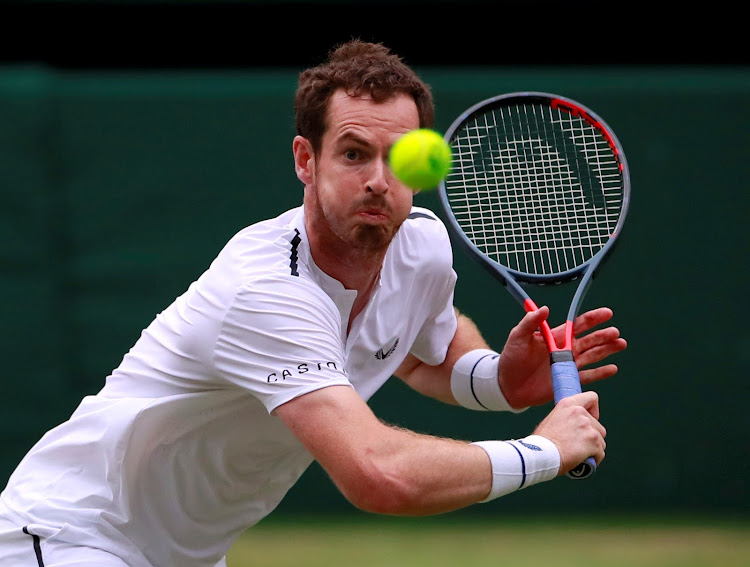 Britain's Andy Murray has pulled out of next month's Australian Open because of a pelvic injury.

The three-time Grand Slam champion, 32, was aiming to play in his first Grand Slam singles event since Melbourne 12 months ago, when he announced that his career might be over because of injury.

He will also not play for Great Britain in next month's inaugural ATP Cup.

"Unfortunately I've had a setback and as a precaution need to work through that before competing," the Scot said.

"I've worked so hard to get myself into a situation where I can play at the top level and I'm gutted I'm not going to be able to play."

Murray has not been in action since Britain's opening tie at the Davis Cup finals last month because of the pelvic issue.

The former world number one, who underwent hip surgery 11 months ago, did not travel to Miami for his scheduled December training block.

Murray has been on court over the past week, but the injury has not cleared up as quickly as the world number 125 had hoped.

Murray and his team - consisting of coach Jamie Delgado, fitness coach Matt Little and physio Shane Annun - decided he should not rush back for the start of the 2020 season next month.

That has ruled out a remarkable return to the Australian Open in Melbourne where, little under a year ago, Murray broke down in tears during an emotional pre-tournament news conference and admitted he thought an ongoing hip injury would force him to quit.

However, he had a "life-changing" operation to resurface his hip later that month - in which a metal cap is put over the femur head - allowing him to return to the doubles court last summer.

Murray made a competitive comeback in the singles in August, going on to win the Antwerp Open title two months later in just his seventh tournament back.

Since that victory over fellow three-time Grand Slam winner Stan Wawrinka, he has only played one more singles match - a laboured three-set victory over little-known Dutchman Tallon Griekspoor at the Davis Cup finals.

"After the Australian Open earlier this year, when I wasn't sure whether I'd be able to play again, I was excited about coming back to Australia and giving my best, and that makes this even more disappointing for me," Murray said.

Murray will not play a match until February at the earliest, with his first tournament now scheduled to be the Open Sud de France in Montpellier.

Instead of going to Australia he will remain at home and continue hitting on court to build up his fitness.

The Australian Open runs from 20 January to 3 February in Melbourne, while the ATP Cup begins on 3 January and takes place in three cities across Australia.

Sydney, Brisbane and Perth will host matches, with teams from 24 countries competing.

Murray played just one match at November's Davis Cup finals because of the injury, and although he is now back on court, he has decided he is not in the right shape to travel to Australia.

As a result, he won't be joining the rest of the British team in Sydney for the inaugural ATP Cup, which begins on Friday.

Frustrating it might be, given Murray won the European Open in Antwerp in October, but with his hip bearing up so well after surgery, pragmatism and patience are of the essence.