Shujaa seek to bounce back at Seville Sevens

Simiyu is confident of progress this weekend against competitive opposition.

• Simiyu said the team must reduce their error rate, improve kickoff reception and be clinical in attack if they harbour any hopes of reaching the last eight. 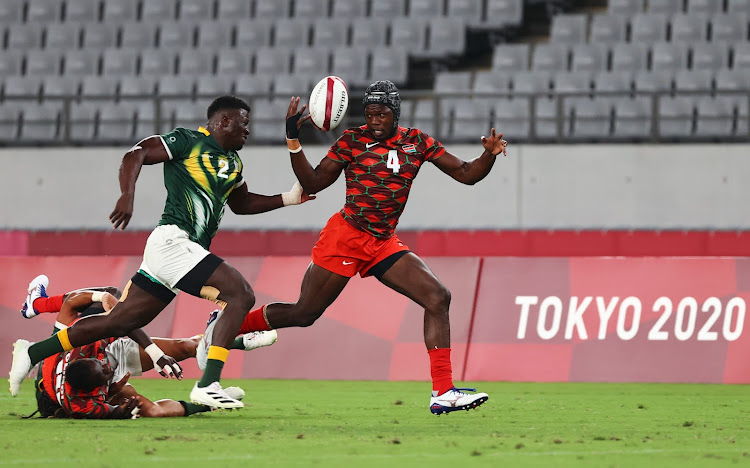 Vincent Onyala of Kenya in action with Sakoyisa Makata of South Africa during the 2020 Olympic Games in Tokyo
Image: REUTERS

Shujaa will be seeking to bounce back at the fourth leg of the World Seven series leg in Seville on Friday following a dismal outing at the Malaga Sevens last weekend.

Kenya will be seeking to qualify for the main cup quarterfinals after finishing a disappointing 13th place in Malaga, amassing just a point to place ninth on the overall standings.

The task does not get easier for Shujaa when they open their campaign in Pool D against a well-oiled Australian outfit, who reached the semifinals last week . This will be the second meeting between the two teams this season with Australia winning 21-14 in Dubai.

Kenya will then face Canada on Saturday 10:45 am in the third meeting between the two sides. Kenya won the first meeting in Dubai winning 26-14 but suffered a heartbreaking 19-17 loss last weekend.

The knockout and classification matches will be played on Sunday.

Simiyu said the team must reduce their error rate, improve kickoff reception and be clinical in attack if they harbour any hopes of reaching the last eight.

"We have had a good week of training, looking at the areas we struggled in last week. We have to take care of the ball better while our attack shape and structure needs to be clear and so is our kickoff reception,” said Simiyu.

Simiyu is confident of progress this weekend against competitive opposition.

“Australia are a very skilful side, who love to play at pace and expose weaknesses in your game while Canada are a young side who like to offload and use the width of the pitch," he added.

"The Scots have a never-say-die attitude. They are physical and quick and we are relishing the challenge of facing them," added Simiyu.

The top two teams head to the quarterfinals with the teams finishing third and fourth playing in the classification matches.