Farrell, who has not played since limping out of England's win over Australia in November was set to make his comeback for Saracens last weekend.

•However, he injured his other ankle in a collision while training at Saracens.

•England's preparations for the tournament have been hit by a series of problems. 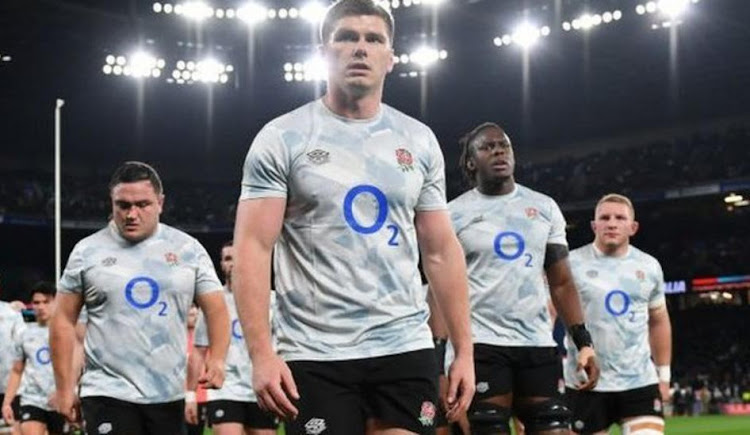 Farrell (centre) won the first of his 94 England caps against Scotland in 2012
Image: BBC

The 30-year-old, capped 94 times, had been earmarked by head coach Eddie Jones to guide fly-half Marcus Smith through his first Six Nations campaign.

Farrell, who has not played since limping out of England's win over Australia in November was set to make his comeback for Saracens last weekend.

However, he injured his other ankle in a collision while training at Saracens.

Farrell is set to undergo surgery later on Wednesday with Saracens saying they expect him to be out for eight to 10 weeks.

"It's a massive blow for him personally and for the team it's a blow," Jones said.

"But it's obviously an opportunity for other guys to step up into leadership roles and for other players to play for that 12 jumper.

"We see it more as an opportunity. In today's rugby, having your best team on the field is a rare occurrence. We're pretty used to it. There's an opportunity there to build a bit more leadership depth."

England's preparations for the tournament have been hit by a series of problems.

Centre Manu Tuilagi is rated as only having a 50% chance of playing any part in the tournament after suffering a set-back in his recovery from a hamstring problem, while wing Jonny May could also be sidelined for the duration with a knee injury.

Courtney Lawes, seen as most likely to be promoted to captaincy in Farrell's absence, has been unable to train as he continues to work his way back from a concussion, while prop Joe Marler is isolating after contracting Covid for the second time in less than three months.

The team, based in Brighton for a training week, also had to move hotel after an electrical fire that, in Jones' words, caused "manholes spurting flames three, four foot in the air."

England's first fixture is against Scotland on February 5.

The loss of Farrell leaves England with inexperienced players and untried combinations in midfield.

Gloucester's Atkinson, who won his first England cap against Tonga in the autumn, could come into the reckoning for the Calcutta Cup opener.

Exeter's Henry Slade has been a mainstay of the side for the past couple of seasons and has filled in at 12 before, most recently in November 2020's 18-7 win over Ireland.

The 28-year-old is more commonly an outside centre though. Joe Marchant, Mark Atkinson and Luke Northmore are the other midfield specialists in Jones' squad, but have just eight caps between them.

Elliot Daly, drafted into England's squad along with Leicester fly-half George Ford in recent days, could be another option, but Jones has preferred to deploy him at full-back or on the wing.

Exeter wing Jack Nowell was also used as a centre against Japan in November 2018, although the experiment has not been repeated since.

It was only last week that Eddie Jones retained Farrell as captain, putting great faith in him to restore peak form and fitness after a difficult couple of seasons.

But a freak training ground injury to Farrell's other ankle has scuppered Jones' best-laid plans, and after a few days of conjecture and uncertainty, it's been confirmed Farrell needs surgery and will play no part in the Championship.

It will be the first Six Nations Farrell has missed in seven years, and will force Jones to rethink both his play-making and leadership plans.

While Marcus Smith is the man in possession of the number 10 shirt, there is a lack of experience in the midfield, while Courtney Lawes' expected appointment as stand-in skipper has been delayed by his return from concussion.

Saturday's victory against South Africa is their biggest win since their 2019 World Cup semi-final defeat of New Zealand.
Sports
5 months ago
by BBC
Rugby
26 January 2022 - 14:47