•Wambua attributed the poor start to a young and inexperienced squad.

•Following their match against Nakuru, Wambua's charges will face Homeboyz, Impala, and Nondies. 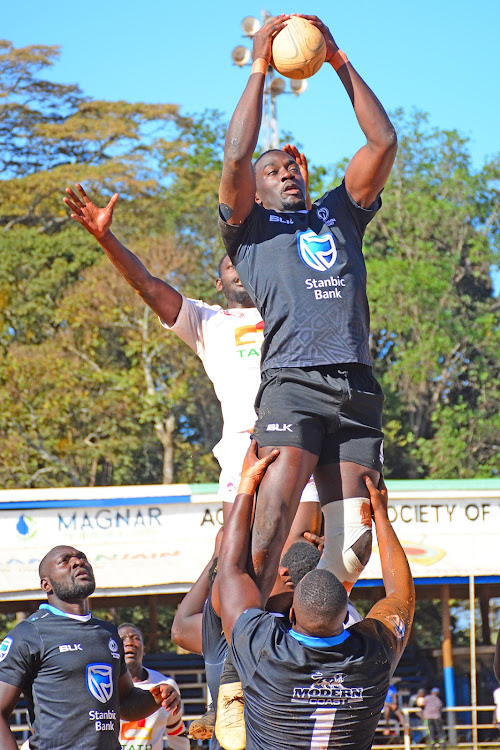 Mwamba Head coach Kevin Wambua believes the return of experienced players Collins Injera and Tony Owuor will spur his side to the playoffs in the Kenya Cup.

The Railways-based side had a torrid start to the season with a young squad, losing their first four fixtures.

They, however, got their first win of the campaign last weekend beating Blak Blad 28-10 to move to ninth on the standings.

"The experience of Injera and Owuor saw us win that game and it bodes well for the remaining fixture of the season. The difference was massive and you can see the leadership Injera brings on board. The first half saw us pin Blak Blad in their half for 30 minutes but we could not get points," added Wambua.

“Machanje has been training and we hope to see him on the weekend. He will add experience to our young forward pack alongside Owuor and I expect a tough game from Nakuru,” said Wambua.

Wambua attributed the poor start to a young and inexperienced squad.

“Most of our young players were just playing in the Eric Shirley Shield and to then play in the top tier takes time. Following the wins against Blak Blad, I believe we have turned the corner," he added.

The club, which is better known as “Kulabu” lost their opening match to  Menenegai Oilers 25-19 before succumbing 38-18 defeat to last season's semifinalists Strathmore Leos, followed by a 46-17 defeat to Kabras.  Their match against champions KCB was postponed due to Covid-19 cases within the team.

The former Kenya Sevens assistant coach said he will take one game at a time. "It's a long season and we still have six more games to go and a lot can happen to expect more twists and turns," said Wambua.

Following their match against Nakuru, Wambua's charges will face Homeboyz, Impala, and Nondies.